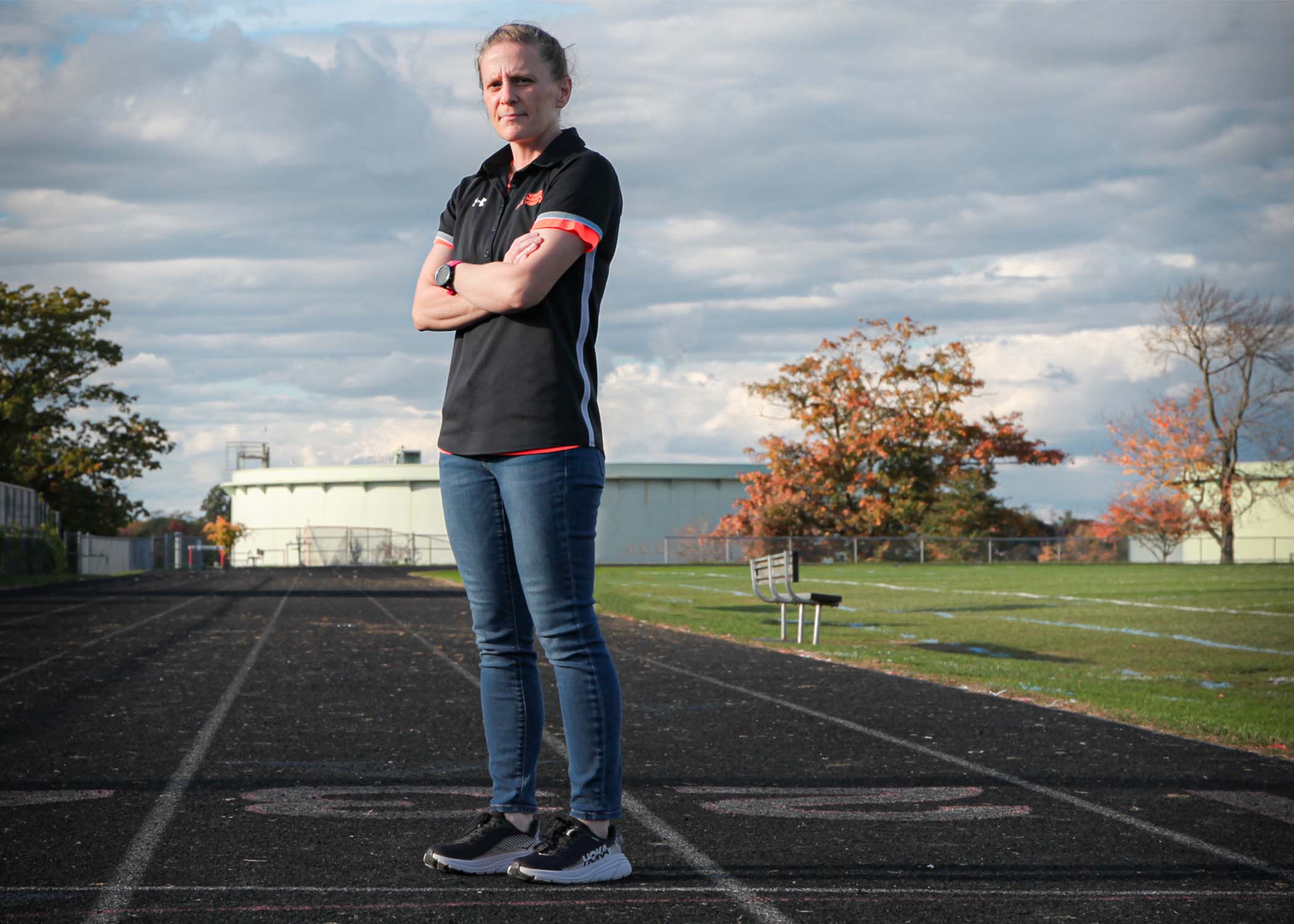 “It happened all of a sudden. I had a massive pain on the right side of my skull. I couldn’t even touch it. I wouldn’t call it a headache, because that would downplay how much pain I was in. It never stopped. I went in for an X-ray, and it showed I had some tiny hairline fractures on my skull.

That led me to a neurosurgeon in 2002. While performing the surgery, they found out that more of the bone was degenerative than they originally thought. And that I had a brain tumor. I was told it never showed up on an MRI because it had been there so long it formed to look like part of my brain. I was so lucky they found it. Thankfully, it wasn’t cancerous.

They removed it and had to replace part of my skull with a synthetic material. I was told it would never come back, and I had no issues for 16 years. In 2018, I started getting dizzy spells on and off, but I didn't think much of it. If only I had known what was to come.

In March 2020, right around the time I had my first neurology appointment for my dizziness, the head pain started again. I knew I was in trouble. One month later, they found another small legion on my brain.

Initially, I didn’t want to tell people what I was going through because I didn’t want anyone to worry about me. But I couldn’t hide my symptoms forever.

While all of this was happening, the pandemic hit. I work as a School Psychologist, and when the shutdown occurred we began working remotely. I hate to say it, but that opportunity was a gift for me. Just being home and being able to rest was so important.

During the 7 months I waited between my second diagnosis and surgery, I had a constant, severe headache. I couldn’t eat or sleep or run like I used to.

My whole personality changed because of it. I’m usually a very energetic and funny person, but during those 7 months, I felt void of any personality. I used to love competitive running, but that wasn’t an option for me anymore.

That October, I had surgery again. Once I woke up from it and realized I was still alive, I immediately noticed the head pain was gone, and an immense amount of relief washed over me. I felt free again.

They think I was born with fibrous dysplasia on the right side of my skull, so scar-like tissue grows in place of the normal bone and makes it more brittle. I don’t have much of the Parietal Skull on that side, and it’s mostly made up of these 3D custom plates and titanium plates.

I was cleared to begin running again only 3 weeks after my surgery. I’ve known from a very young age that I love the sport. I ran competitively in high school and as an adult. But as my health deteriorated, I was robbed of my passion.

Coming back from this has probably been one of the biggest challenges I’ve ever had to overcome in my running career, because I lost all my endurance. I had no idea how difficult it was going to be.

My first jump back at racing was with the adult track league for the city of South Portland, but at the time I had no idea if I was going to be able to do it. I was frustrated a lot when I first started. Things that had once come easy for me were now so difficult to achieve.

Instead of giving up, I made the choice to settle back my expectations. I stopped focusing on my run times and instead put all my effort into regaining that last piece of my life before surgery. This past season, I ended up a sprinter and long jumper and with sprinting times similar to what I was achieving pre-surgery. Today, I serve as the only female captain.

Running gives me purpose and brings me so much happiness. I’ve always enjoyed the energy of running competitions, particularly marathons. To date, I’ve run 11 marathons in my life. I can’t even begin to describe how it feels to be a part of that experience. The energy, the crowds, the shared experience… it’s all just insane.

As a runner, you know exactly what the other participants are going through during competitions and what it took for them to get there. There’s so much training involved and it’s a huge time commitment.

Through all of my trials and tribulations, I was lucky to have such a great support system. I got through those tough times with the help of my family, friends and faith.

I had a lot of people praying for me, and that meant so much. I would pray too. Not necessarily for myself, but for the people I loved who had to watch my health deteriorate. It’s the worst feeling in the world knowing other people are worried about you.

It’s weird to think it has been over a year since my surgery. In some ways, I look at life a little differently now. For the second time, I’ve been given yet another chance to go and do some good in the world and enjoy my life to its fullest.

I still run competitively and love the challenge it presents. I also have decided to follow my childhood dream and made plans to go cage diving with sharks in 2023 with a close friend. I’ve always considered sharks to be my spirit animal, which is hilarious because I’m 5 feet tall and 103 pounds. But they are resilient, beautiful creatures.

I’ve learned through all of this that if you really love something, you can do it. Find out who your people are, keep your support system close, and be who you are without fear. I don’t let what happened to me define who I am. I don’t let it change how I choose to live.

I’m not the kind of person who has ever taken my existence for granted. I am who I am. I went through what I went through. But I’m still here.

Truthfully, no one would even be able to tell I’ve had brain surgery from looking at me. That just proves to me that we all go through hardships in life that others may not be able to see on the surface.

Life is constantly throwing challenges our way. We may feel helpless and hopeless at times, but that’s just part of the human experience. My advice to others is to never give up. This life is yours, and there is nothing saying you can't get back to who you were or what you love if life derails you.” - Hollie Corbett