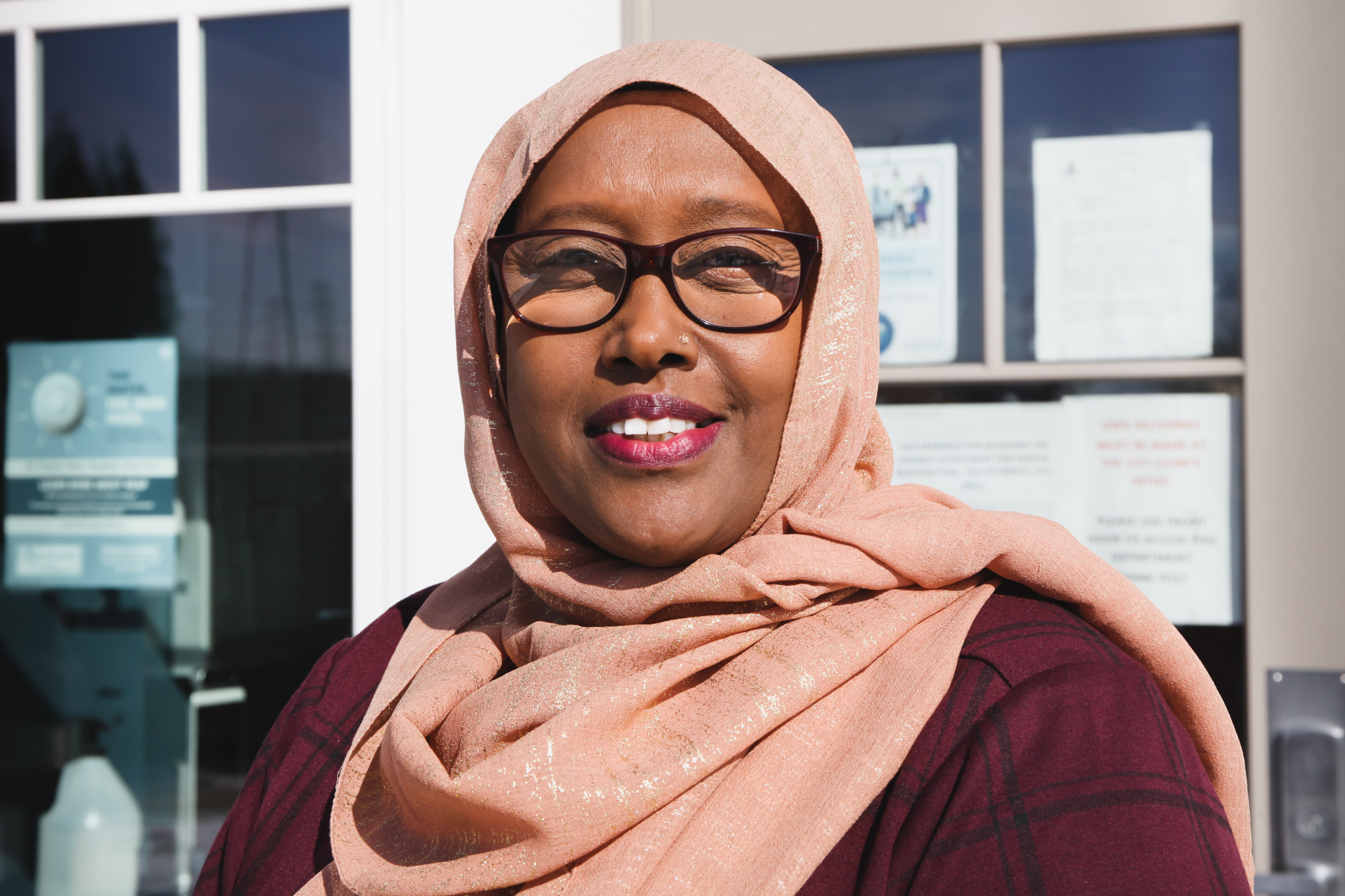 I left Somalia right before the Civil War broke out in June of 1990 and traveled to many countries before I settled in the United States as a refugee. My husband and I married in 1992, had children and lived in Atlanta, Georgia before moving to Lewiston.

When I first moved here, I worked as an interpreter at the Catholic Charities of Maine in Portland. Driving back and forth between home in Lewiston and work in Portland became difficult, particularly during the winter season. So we moved to South Portland and have lived there now for over a decade.

I ended up earning a Master’s Degree in Department Policy and Practice and earned a second Masters Degree in Social Work. I’m one of those people who wants to bring as much knowledge and skill to my career as possible, otherwise it wouldn’t feel like I’m doing it justice.

I served on the South Portland City Council before becoming this country’s first Somali-American Mayor in December of last year. I am so proud of our community and I feel so honored to have been given this title.

I think our communities are taking steps in the right direction regarding inclusivity and diversity. Still, as an immigrant black Muslim woman in this position, it feels like there is an added pressure. With all eyes on me, I want to do even more than my predecessors did.

I’ve gotten all kinds of hate mail, which adds a layer of pressure that sometimes feels discouraging. But it doesn’t stop me from helping people. I feel compelled to do this work and every day I am focused on making the world a better place.

The past couple of years, the South Portland City Council has been working hard to support our local businesses, increase staff diversity, mitigate climate change, and to highlight more people of color and women in leadership positions.

The pandemic has definitely made things more difficult at times, but it’s important we address these issues because they have a large-scale impact. We work together with the community in mind to set goals and create policies.

One cause that’s particularly important to me is educating people on the importance of voting locally. I noticed that many people in the Somali community who have become citizens were not registering to vote, and those who did were only voting in national elections.

Voting locally is so important because that’s where our children go to school and our taxes are paid, and these local decisions will have a direct effect on those who live and work in their communities.

I’ve been grateful to have the opportunity to speak at schools not only in Maine, but throughout New England about what it is like being a Mayor and what goes on in local politics. I find it encouraging that these children are listening to someone who looks like me and speaks with an accent like I do. They like what I say and always thank me for what I do.

Through my own civic engagement, I hope I encourage youth to step up and participate. They are the ones who will lead. I encourage adults to also get involved. It’s never too late to get to know your city councilors and school board members. Question people, show up and fight for positive change in our community.

It is our job as elders to educate them as much as possible and encourage civic engagement, whether they be white, black, immigrants, Muslim or LBGTQ. These young people are the future of this country and the future of the world.

To learn more about the South Portland City Council and their community initiatives, visit: https://bit.ly/3pamGAf