Elements Nominated for Heartbeat of Our Community Award 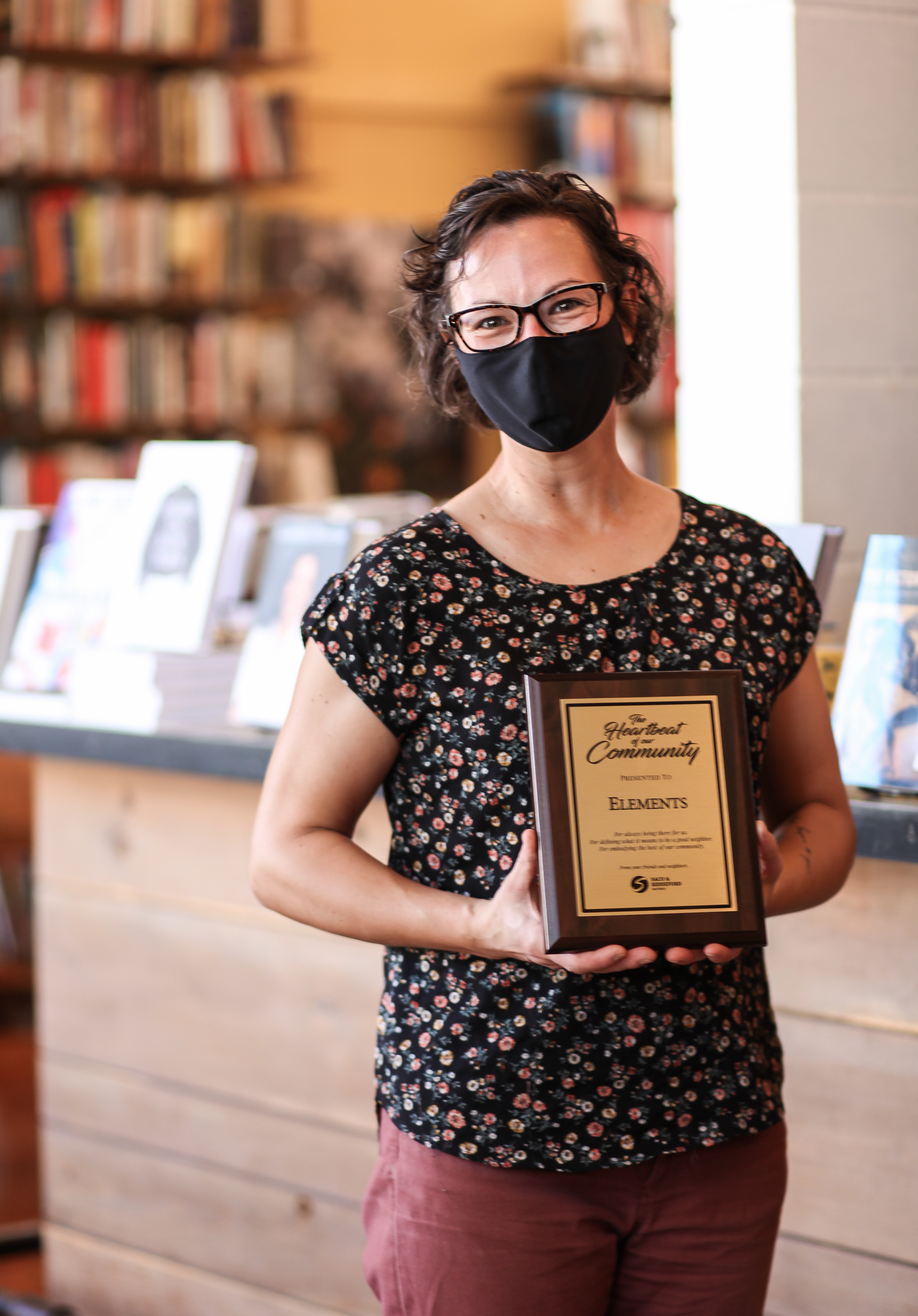 When COVID-19 regulations were put in place early last year, Elements Café and Bookstore in Biddeford began doing take-out orders in an effort to adapt and overcome. For Co-Owner Katie Pinard, the transactional nature of this new normal was distressing. As someone who thrives on socialization, the inability to connect with others reminded Katie why she was in the business to begin with.

“I don’t want to just be slinging coffee, putting bagels in people’s hands, and sending them on their way,” she said. “Who we are, the heart and soul of our business, is our customers. We’re more than just purchases. We’re people.”

In the midst of the pandemic, Katie said they were staffed with a skeleton crew, and that every interaction with customers, although short, filled her with fear and uncertainty.

“It affected me to feel the weight of responsibility of human lives and knowing the decisions we made could have life or death consequences for our community,” she explained. “We were trying to find a middle ground in retaining any sense of identity, while staying viable as a business and protecting our staff and community.”

Since then, she noted, things have gotten easier, especially because they were able to reopen their business to the general public.

She said that the business, founded in 2013 by Michael Maycomber, has become bigger than both of them expected. The idea for their hybrid business concept was first proposed at the Heart of Biddeford’s Main Street Challenge, an initiative that aimed to bring more business fronts to downtown Biddeford. Michaels idea, she said, was a finalist, so he followed through on the idea.

“I grew up in Saco, and he grew up in Biddeford. We both moved away during our formative years, and both moved back to our respective hometowns later on. We saw a need for something like this in the area, and it’s that understanding of the communities we grew up in that continues to help us thrive.”

As a means to continue expansion and take their business to the next level, Katie said they started roasting their own coffee in her home in 2018. Pre-pandemic, she explained, they were starting to consider upscaling the roastery and moving it to an industrial space. The idea for expansion was put on hold for a couple of years, but it’s the next goal they’re aiming to achieve.

For Katie, watching the concept of Elements come to life has been a rewarding experience. This past summer, business was unlike anything they had seen before. For Katie, it’s a hopeful reminder that people are beginning to come together once again.

“What makes this place home and what makes it a community is the humanity, the warmth, the connection, the conversations,” she said. “We have narratives, and to be able to track people's narratives is important to me. I want to know what goes on in people's lives, because I care to know them as more than just my customers.”

Congratulations to Elements on being selected as one of the winners of the Heartbeat of Our Community Award!