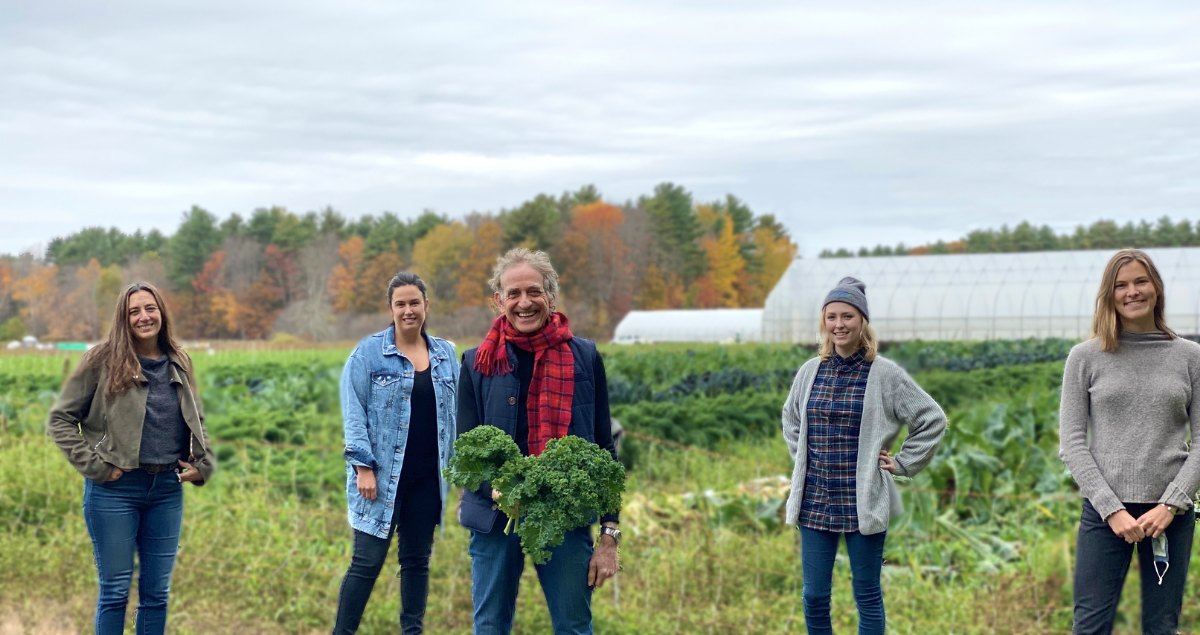 “We have a long way to go. This journey is about how we can have the biggest impact and how we can give more and more people access to healthy food.”

David Douglas Stone, Executive Chairman, founded Forager in 2014 - a mission based start-up with a  goal of making locally sourced food more widely available by making it much easier for grocers and institutions to buy from small independent farms. Growing up, David recalled his ties to local food. In a small town in Connecticut where his grandparents operated a farm, his uncle was the butcher, his cousin the baker and his other cousin the egg farmer. “My grandparents came over to the States via Ellis Island in the aftermath of the World War. Connecticut was giving away parcels of land, and my grandparents walked 90 miles with their few possessions to Connecticut to start a farm.” David knew where his food was coming from, and that it was fresh. In the early 70’s, his grandparents lost the farm because of big agriculture.

David describes himself as a serial entrepreneur. After completing his work with his last start-up company (CashStar), he wanted to do something that would have a significant impact on the future of our planet and our communities. He helped to humbly build a start-up in Portland during the great recession, a time when most people said it couldn’t be done.

Recognizing the emerging demand for local food, David pondered, why isn’t there more of it? He said, “Farmers markets got to the point where they were saturated, and there is so much waste and negative environmental impact in the conventional food supply chain.” He began to look at the problem surrounding sourcing local and reached out to, and worked with, grocers already doing it. It takes a community of growers, grocers, co-ops, vendors, restaurants, schools and other organizations to create a sustainable food culture. They built a digital local food supply chain to connect them to make it so much easier to buy local food, and help to drive economic growth and reduce waste.

The Rosemont Market was one of Forager's first customers. Their warehouse manager started from scratch with an excel spreadsheet. He’d receive requests from farms with products and reach out to each one individually to stock 6 stores for several days. Products were all over the map, and there were no systems in place. That’s when David and his team stepped in with Forager. A digital ordering system where farms have simple mobile and web software to upload products and make them available to grocers placing orders. “We digitized everything to make it simple,” stated David. After proving its success, Forager is now in 9 states and has sold over 150,000 products through their platform.

“I always have doubts about success. I mentor a lot of entrepreneurs and I always tell them, if you’re gonna sign up to do this, there are dark days, 2 step backways days, and really hard days. But then there are the bright ones that shine when customers rave about your product and one sees the upward trajectory taking shape. As a serial tech entrepreneur, success with a new disruptive product is all about getting people to change their behaviors. For Forager, our customer prospects (primarily grocers and farmers) were used to doing things the old fashioned way for years. You have to remind yourself that change is a slow process that takes a lot of work and persistence. It’s a labor of love and you will figure it out.”