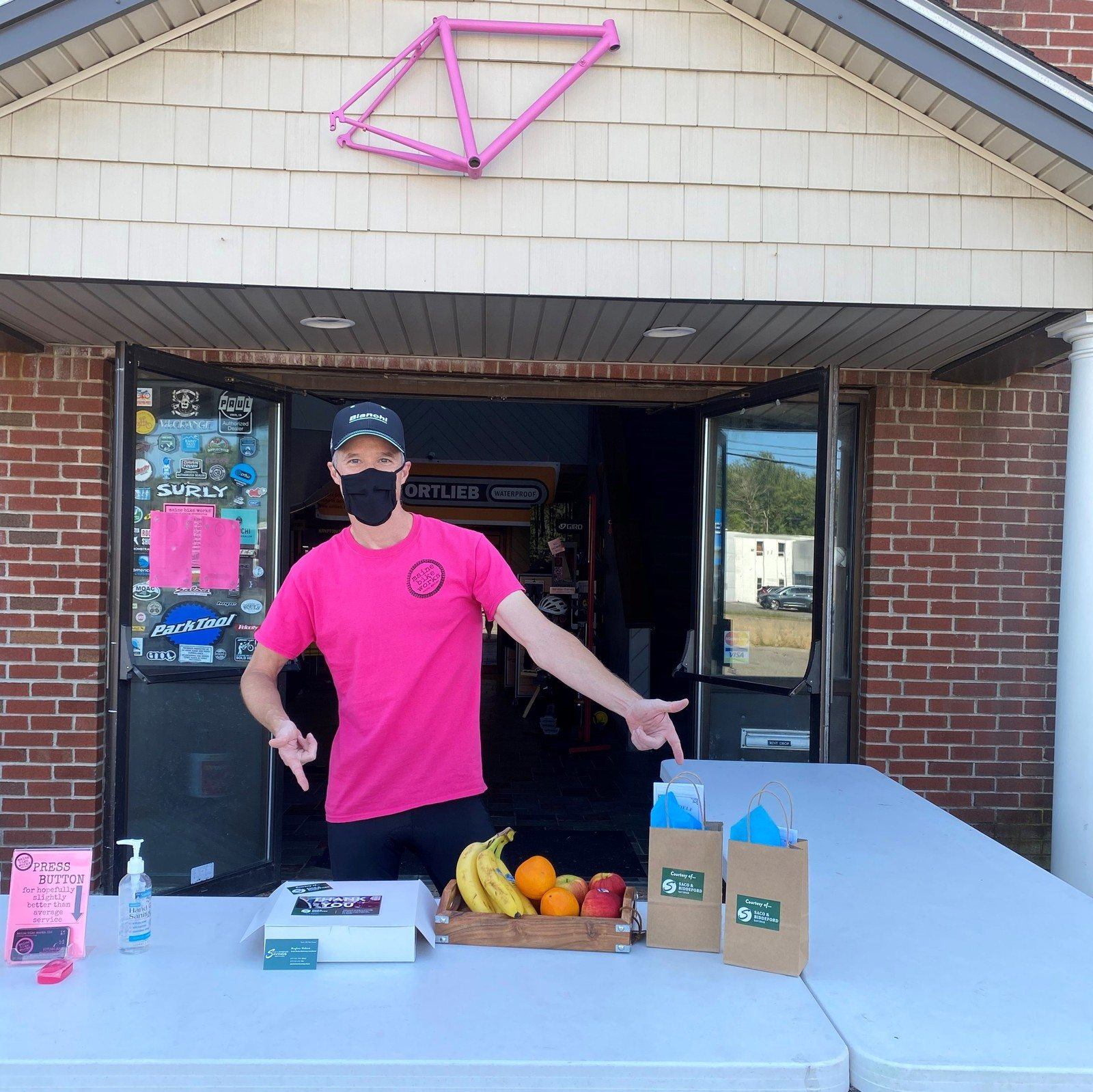 “We had a lot of things we had to change on the fly. Fortunately, we’ve only been going for 5 years, so I'm still in start-up mode where you have to adapt all the time.”

Jason Braley, owner of Maine Bike Works in Saco, has been going to bed with a plan for the next day, and waking up in the morning to learn he has to change his plan. But that’s what has happened for most businesses throughout this pandemic right? Adapting to change and rolling with it is something Jason and his co-worker Theron are most proud of since the start of the pandemic.

Throughout the pandemic, people turned to bikes as a means to exercise and have fun while social distancing as cycling was one of the few activities that people had access too when all the gyms, restaurants, breweries and movie theaters closed down. Because of the uptick in demand, the bicycle industry had a difficult time keeping up. Jason said, “as a specialty shop that always prided ourselves on being low volume and high attention, the national surge in folks wanting to get out on new bikes or wanting to get their old bikes which have been sitting in the garage for the past 20 years was like trying to drinking from a fire hose. We quickly realized, that as a two man band, we had to do thing differently then we did in the past otherwise we would be overwhelmed. Overnight, we had to stop doing our super popular build-you-own-bike sessions and we had to stop doing repairs in front of our customers while they waited. "

Duo Jason and Theron found out early on how vulnerable being a two person band in their line of business was. If either one of them got sick, or one their family members did, then the business would also need to close while quarantining as one person couldn't run it on their own. Theyreduced that vulnerability by trying to adopt the health and safety recommendations which would reduce their own exposure. They soon transitioned into a business that gave good service, but asked that conversations which would take longer than 5 minutes to be carried on via phone or email rather than face to face.

Pleased at the positive response, Jason said, “our customers have been phenomenally understanding even from the beginning. We were very conservative at the start and there wasn’t a time when anyone gave us a hard time for the changes. I think everyone gets it; they know that a two person shop is working differently now. They are looking out for us because they want us to do well and they want us to make it through this. One question that solidified our customers' support was, ‘What do I need to do to make this easy on you guys?’”

Jason is hopeful this renewed interest in cycling, getting away from screen time and going out and enjoying the outside continues. He said, “So many new people are diving into cycling for the first time ever, and there's also an equal number of folks returning to cycling. I really hope when the world returns to some semblance of normal, that these habits we’re all forming about getting out there and getting away from our busy schedules sticks around.”

Thank you, Maine Bike Works, for being the #HeartAndSoulOfTheCommunity