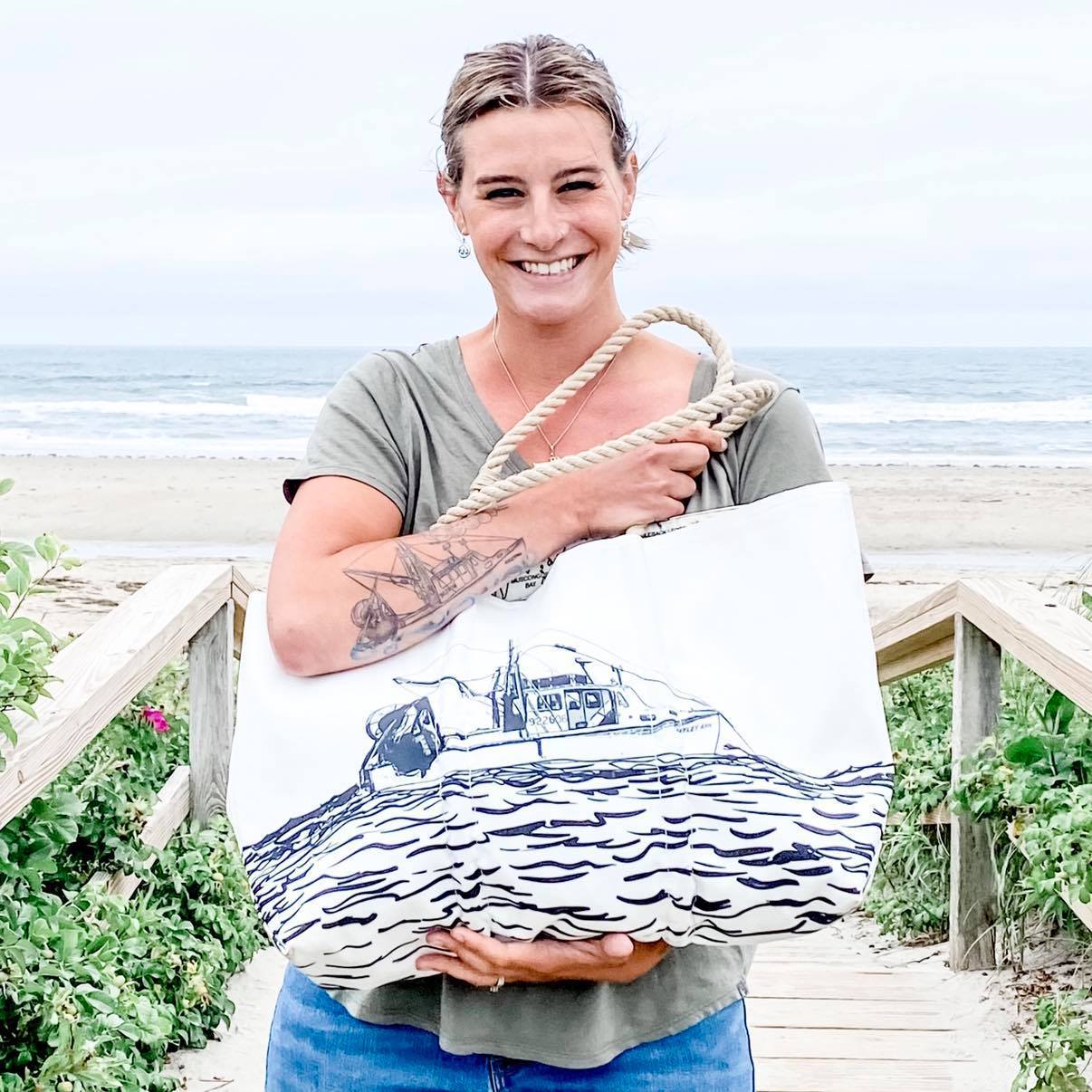 Honoring a Legacy: The Hayley Ann was more than a commercial fishing boat. Its namesake belongs to the daughter and wife of Captain Joe Nickerson.

Captain Joe, his wife Sharon and his daughter Hayley were close knit and had a very strong bond. Joe was a commercial fisherman who truly loved what he did. He was actively involved with the Maine Coast Fishermen's Association and in August of 2019 was appointed Chairman of the Board, which Hayley jokes “wasn’t something he bragged about, but shows how respected he was by his colleagues in the industry.” Joe was well respected and an influential guide to the commercial fishing industry. He imparted his knowledge and wisdom onto anyone who wanted to learn. Sadly, in January 2020, tragedy struck the family when the Hayley Ann capsized in Portland. While the Hayley Ann may no longer be present in Portland Harbors, its legacy will live on in a sentimental, and special way.

Joe and his wife Sharon attended the Maine Coast Fishermen's Forum at the Samoset Resort year after year. Hayley often joined and enjoyed the experiences she got to share with her parents. The 2020 forum was fast approaching in March, and Joe had already booked his room. Hayley and Sharon were apprehensive about making the journey, but they knew in their hearts Joe would be so proud of them both for attending, so they got in the car and made the drive. While in town they discovered lots of Sea Bags in stores, which were often gifts from Joe on special occasions. One of those special occasions was the birth of Hayley’s son Killian, in which Joe gifted her a Sea Bag diaper bag adorned with a pirate flag to pay homage to their love of the sea. While window shopping, that’s when inspiration struck Hayley and Sharon.

The mother-daughter duo were interested in designing their own bag which would pay tribute to the legacy of the Hayley Ann. Put into direct contact with Sea Bags President, Beth Shissler, the ideas Hayley and Sharon had were brought to life. A photo Hayley took of the Hayley Ann is displayed in a drawing on the front of the bag. The back of the bag displays the Maine Coast Fishermen's Association logo and the inside is covered with the chart maps where Captain Joe was fishing. A heart with an anchor marks the spot where Hayley Ann now lives.

Hayley says, “Dad was so passionate and knowledgeable about what he did. He wanted to make it so those like him could continue in the commercial fishing industry which is ever changing. He worked hard to find ways to adapt to new challenges that arise. He was helpful to those who wanted to learn, and he’d always show them the ropes. The outpouring of people who have said they’ve learned from him introduced my Mom and I to a whole other side of Dad we never got to experience. It’s so humbling to hear all of the stories from the people whose lives were affected by his teachings and wisdom. Those who go out into the ocean and risk their lives day after day to provide for their families, those who, like my Dad, have lost their life to that same ocean which provided their families. It’s my hope with this Sea Bag to honor the past so we can make a difference in the future. By raising money for the Maine Coast Fishermen's Association I am trying to do my part to make sure there is a strong future for Maine’s fishermen and women.”

Proceeds from the Hayley Ann Sea Bag will go to the Maine Coast Fishermen's Association and can be pre-ordered on MaineCoastFishermen.org by July 31st.