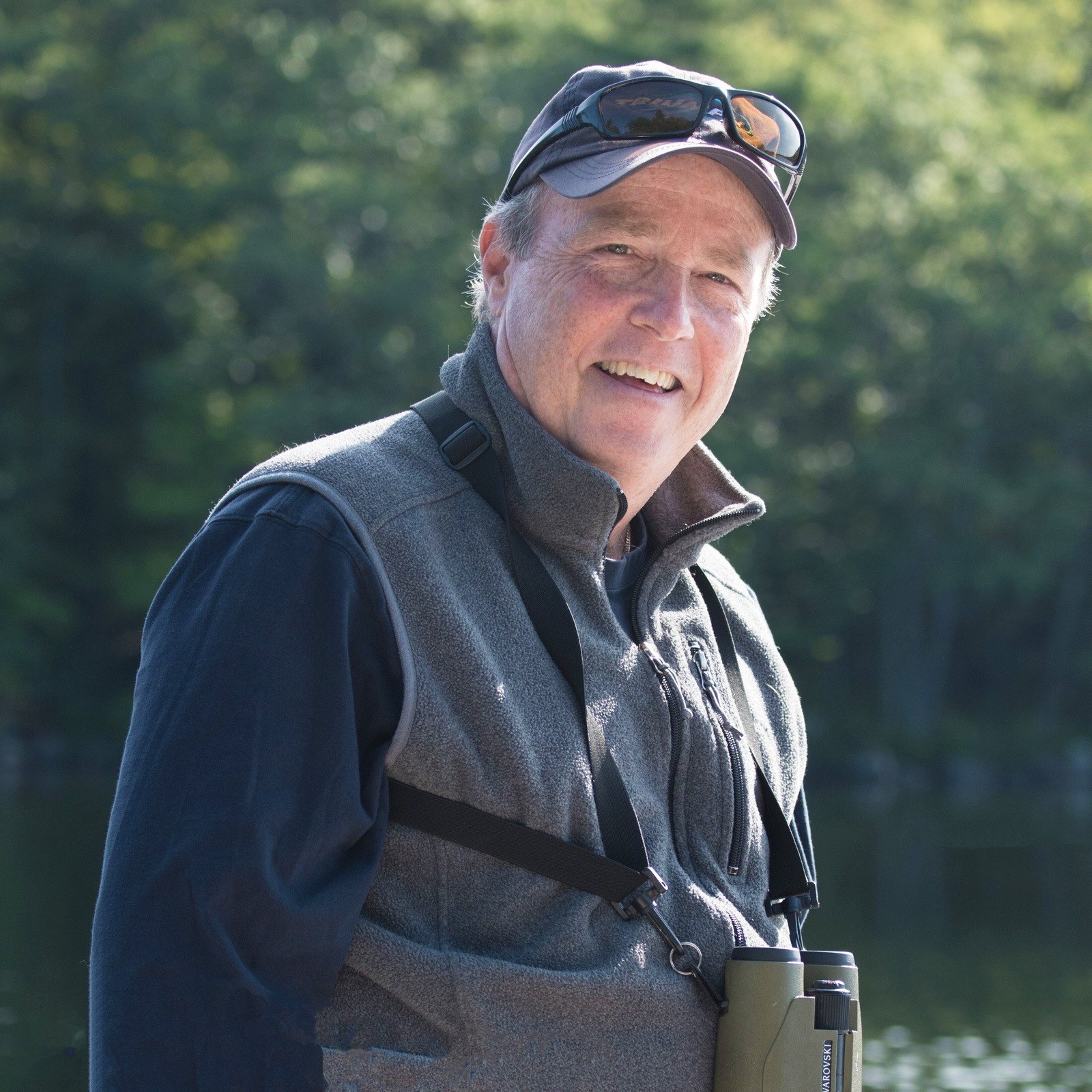 “If something happened to me, and the dirt is being shoveled over me, how do I deal with this sadness, this emptiness I feel inside?” The sadness and emptiness Lee felt was needing more time in nature, and as you will soon learn, it led Lee to a new career in loon conservation, and rather quickly (two years).

The year was 1996, and Lee was now nearly 20 years deep into a very successful sales and marketing career, and yet those feelings kept gnawing at him. So at 39 years old he abruptly resigned from his last sales job not knowing what he would do next. His only plan was to go home, sit and be quiet.  “People thought I was having an early mid-life crisis, but I had to honor those gnawing feelings.”

It only took two days for a new path forward to emerge, albeit both a scary and exciting one. In the Sunday newspaper Lee read about a company who specialized with matching people up with volunteer opportunities around the globe. He had one interview with them, which was focused on aligning his passion for nature and wildlife with his career, and three months later he embarked on a year-long volunteer adventure. It wasn’t long before doors started opening to his future.

Most of the volunteer assignments were intentionally nature/wildlife related. Just before his last volunteer assignment, Lee was doing trail maintenance work in Vermont. Sitting around the campfire one night he struck up a conversation with Kathy Wohlfort, who it turns out was working for the Loon Preservation Committee in New Hampshire. Kathy felt Lee was a strong candidate to be hired for a seasonal position the following spring, and a match was made. Lee was hired, and he knew at once he wanted to spend the rest of his career working with loons. Life around lakes and loons went back three generations in Lee’s family, and the bond was powerful.

In 2017, after 20 years of working with loons for different loon conservation organizations, and faced with a career transition, Lee decided to venture out on his own. He founded Loon Conservation Associates after his research into Maine loon conservation work proved the state was behind the times.

Most of Lee’s work is focused on collaborative projects with lake associations and individuals in Maine who are concerned about the status of the loon population.  Most commonly, Lee is hired to conduct comprehensive breeding surveys of a local population, consult on conservation initiatives, and train volunteers to conduct future efforts independently. “It’s going well beyond my expectations and I am doing what I love. If I am on or near a lake with loons at any time, I have to try to figure out what’s going on. I can’t help myself. Bless my wife and her patience.”

When I asked Lee what one of the biggest rewards of this work is, Lee shared he’s thrilled to have developed training programs, and in doing so, he’s passing along knowledge and what he’s learned over time to volunteers who have their own passion. “I’ve learned that volunteers' passions differ from mine, but I know that I can have a positive influence, which can in turn have a positive influence on the loons and their habitats. To see the volunteer’s reactions to their experiences is so rewarding.”

Lee and his programs will likely leave a lasting impression on loon conservation and he can only hope that his work will be a legacy to remember, even though “there’s still field work, research and writing to be done.”