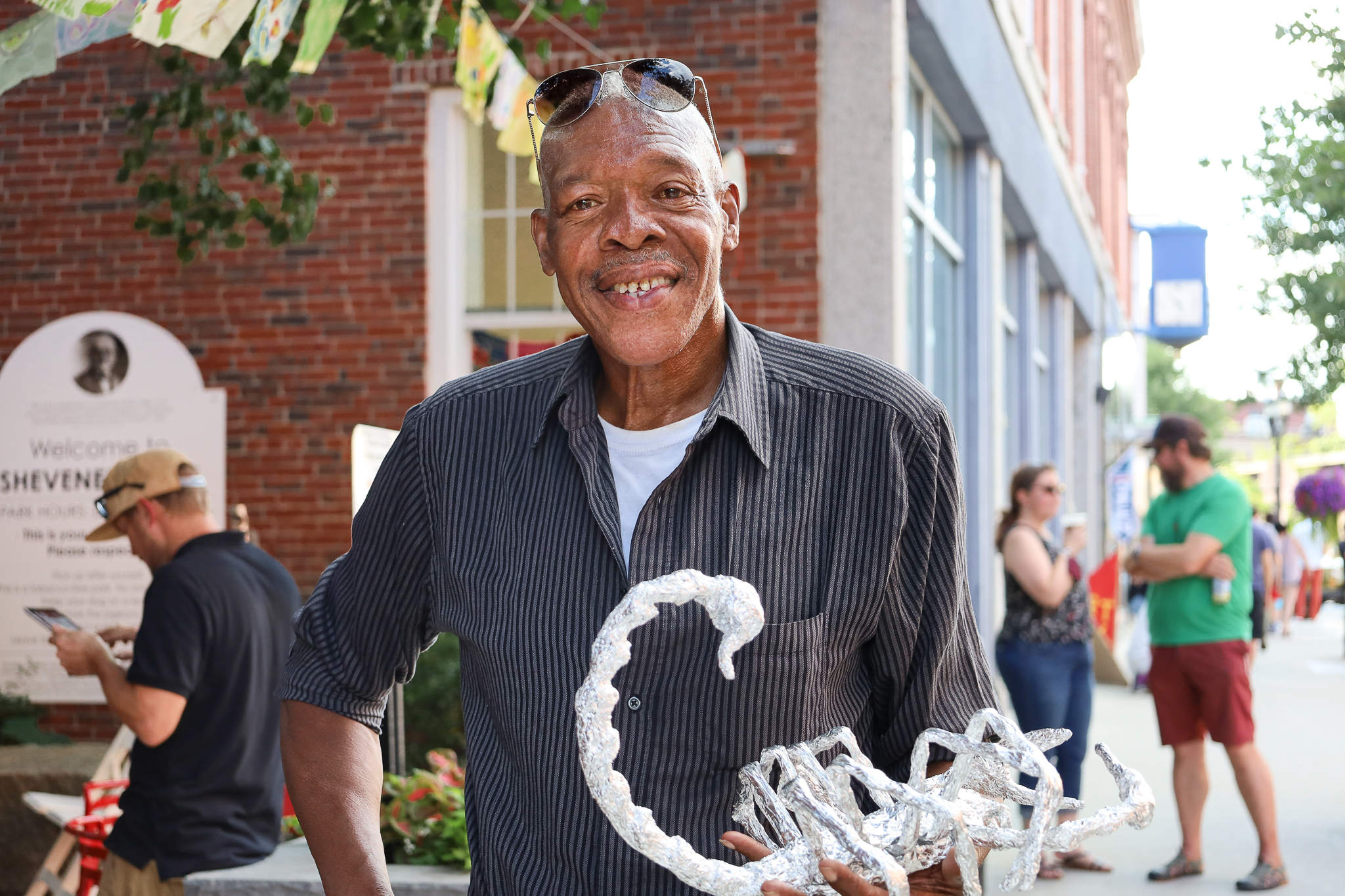 “Growing up, my family used to wrap all of their food waste in tin foil before putting it in the trash. I used to go back to that trash can later, unwrap it all, and only take the tin foil because I wanted to make little sculptures with it.

There was this wildly popular film on TV at the time called The Black Scorpion. It’s a 1957 black-and-white film where these scorpions grow big and wreak havoc on humans. I drew a lot of inspiration from that, although my first few scorpion sculptures were puny in comparison.

Starting young gave me a lot of time to practice. When I first moved here in 1991, I splurged a little and started making roses. I was selling them for $10 a piece and people were buying them left and right. It worked out well, so I just kept it going through the years.

Every now and again, I’ll still make a few scorpions and sell them. Making these always brings me back to that first time I tried making one as a kid. From then to now, it’s been a wild and crazy ride and I’m not even close to being finished yet.

I’ve got other places I want to go, things I want to see, people I want to share my work with. I want to get an SUV, get all my sculptures up in there and just hit the road for a while. That’s the dream.”