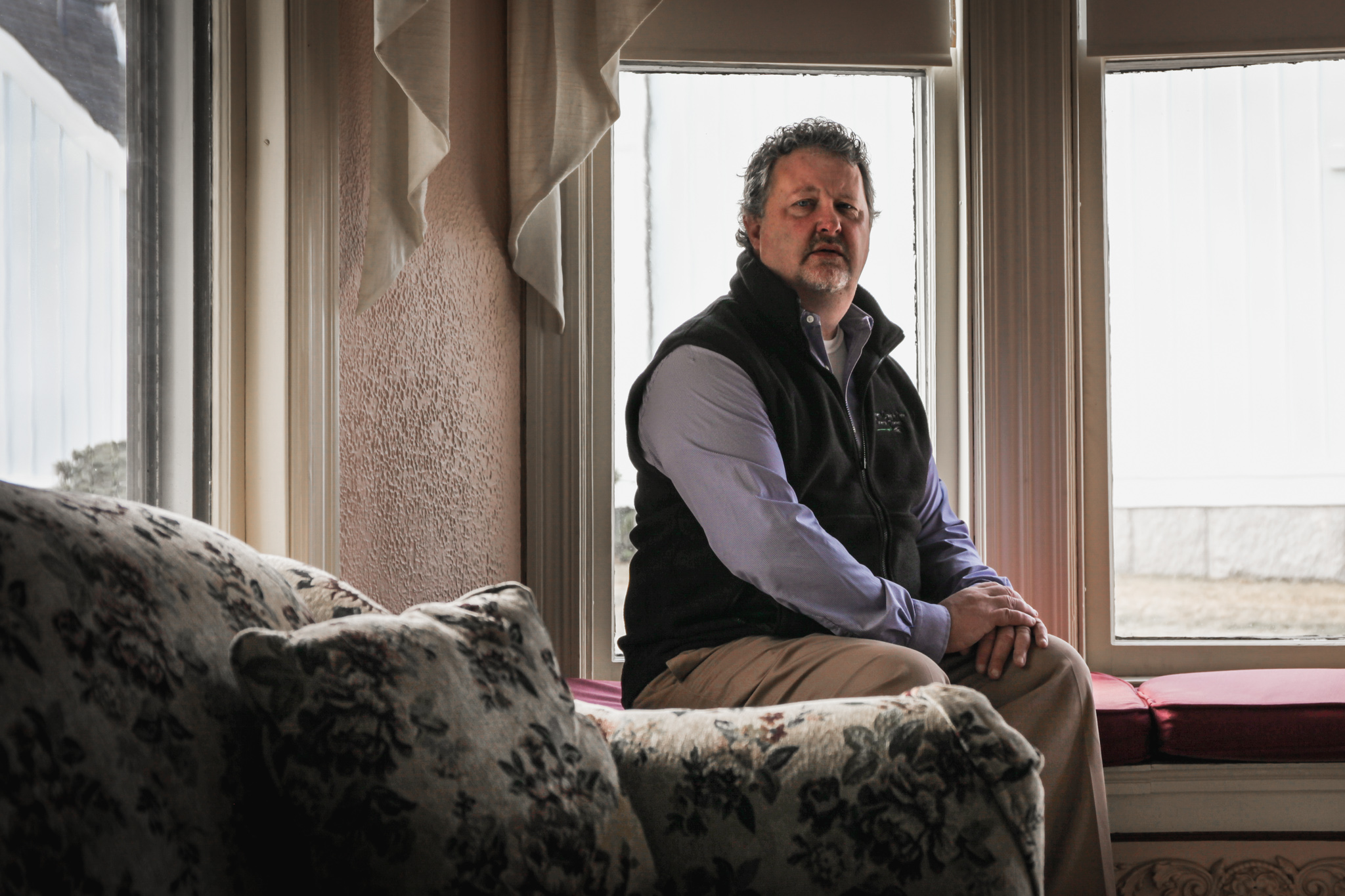 After completing college and mortuary school in 1987, James “Jim” T. Pate began his career in funeral service at the age of 22. His father Robert D. Pate also worked in the funeral service, operating a hearse & embalming business for many years before he purchased what would later become Dennett, Craig & Pate Funeral Home in 1965.

Jim said that his father worked a lot when he was a child, so he grew up around the business. He spent many days mowing the lawn, shoveling in the winter and painting window shutters. He remembers when his father would come during visiting hours with his best suit on.

As a Funeral Director, Jim said the everyday tasks vary. He checks for obituary accuracy in local publications, double checks casket and urn delivery, works on flowers, processes VA benefits and much more.

“There are a lot of moving pieces to this job, and it’s not for everyone, but I am so passionate about helping people through their grief and assisting them in whatever ways I’m able,” he said. “I have gotten calls at 3:00 a.m. before and I gladly do it because that’s my job.”

Jim explained that one of the most important aspects of the work he does is paying attention to detail. If he knows a family intimately, he may give them a call on the birthday of the deceased.

“I didn’t pay much attention to the little things when I first started working here many years ago, but I’ve learned that it’s important to constantly be listening and picking up on the little things,” he said. ”We had a service once where they said ‘mom likes pink lilacs’ so I picked them from the yard, brought them to the service and placed them on the casket.”

Jim said that when people come back to town to visit, they may stop at places that feel important to them that have withstood the test of time, like Rapid Rays. But when they come to town for a service, he believes Dennett, Craig & Pate is chosen for the same reasons.

“We value that we’re a community resource, and to be here as long as we have been is a pretty amazing feeling,” he said. “We just want people to know that when they need us, we’re here to help them through it.”

Jim was born in Maine, grew up in Saco and graduated from Thornton Academy. He received degrees in Finance and Management from Bentley College and later graduated with honors from New England Institute of Applied Arts and Science.

Jim lives in Saco with his wife, Lisa, and together they have two adult children, Jonathan of Boston and Katherine of Rutland, Vermont

Dennett, Craig & Pate Funeral Home's history began in the 1880's. In that time period, it was custom for a funeral and visitation for the deceased to take place in their home, followed by burial at a local cemetery.

He also made funeral arrangements for families and handled the remains of the deceased. This business was operated out of a storefront near where MacArthur Library in Biddeford is now.

Over time, many people found it comfortable to have visitation of the deceased in a location other than their homes. In 1929, Walter Dennett purchased the funeral home location we’re still at today on Main Street in Saco.

By having a physical location all individuals in need could go to, Walter Dennett and his employee, Clarence “Ted” Craig were able to handle and coordinate all aspects of the funeral arrangements.

Ted Craig eventually purchased the funeral home and business from Mr. Dennett, and operated Dennett & Craig Funeral Home for many years. In the mid 1930's, Earl Clark began working at Dennett & Craig. After years of dedicated service, Mr. Clark purchased the building and business. Up until 1952, the funeral home also operated an ambulance service that covered much of York County and a part of Cumberland County.

In 1958, after completing mortuary school, Robert D. Pate began his career in funeral service. After working at a funeral home in Rockland, ME and operating a hearse & embalming business for many years, he purchased Dennett & Craig Funeral Home from the aging Earl Clark in 1965.

In October of 1977, John S. Black started his apprenticeship with Dennett, Craig and Pate. When that ended, John opened his own Funeral Home in Sanford in 1978 and a second in Springvale.

In the 1980's, Shumway-Gross Funeral Service, on Spring St. in Saco merged with Dennett & Craig Funeral Home. The newly merged business, Dennett, Craig & Gross Funeral Home, operated out of the 365 Main St. location. In 1985, after seeing the need for a funeral home to cover the Buxton, Hollis, Limington, Gorham, and Waterboro areas, Robert Pate and Gary Gross opened a funeral home at 13 Portland Road in Buxton.

After completing college and mortuary school in 1987, Robert's son, James T. Pate began his career in funeral service at the age of 22. At this time, the funeral home's name was changed to Dennett, Craig & Pate Funeral Home.