Maine Native and Writer Talks On Travel and Life Lessons 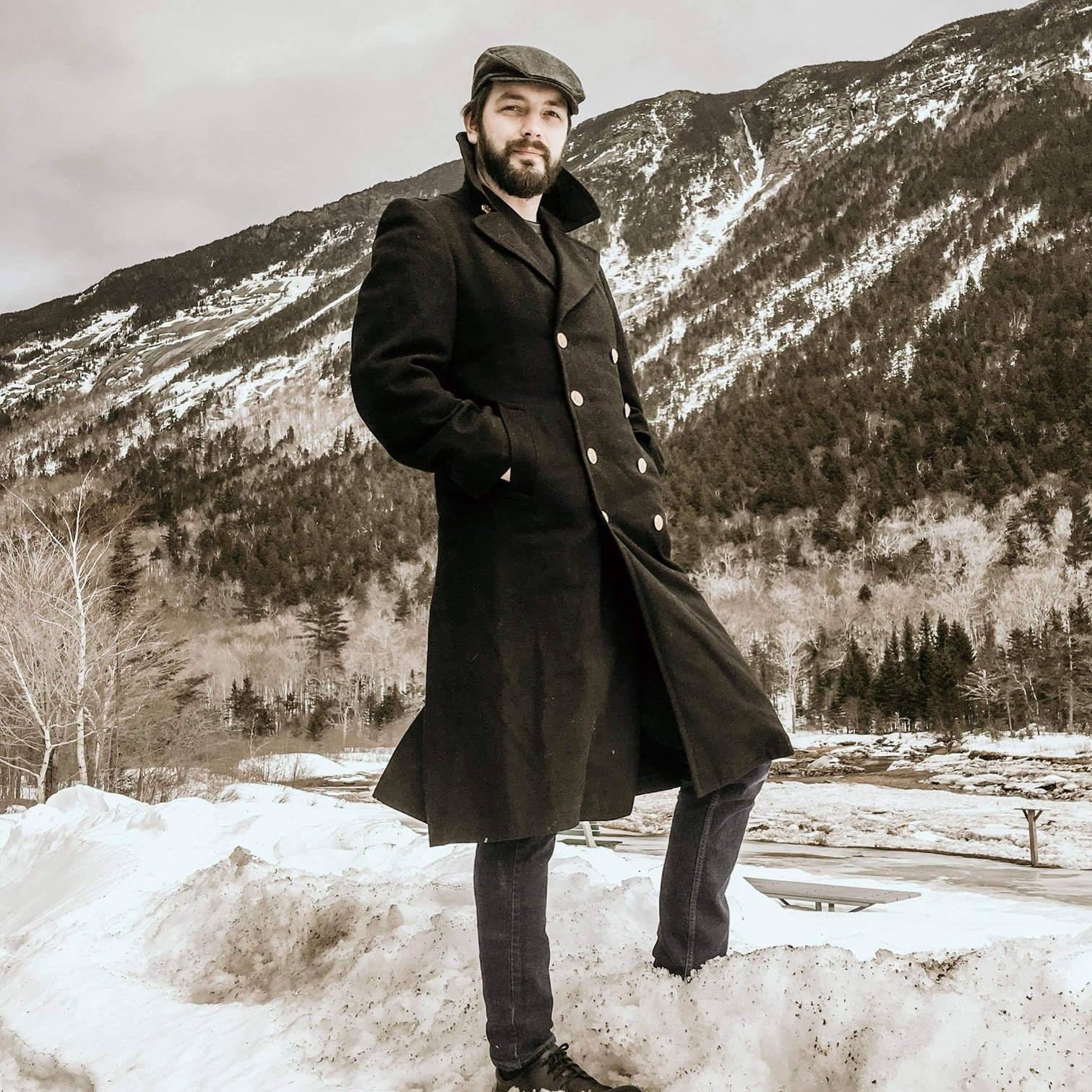 “I lived in Maine for most of my life and lived in Portland for almost ten years before moving to Lewiston in 2019 because rent was unaffordable. Shortly after the move, my marriage started to fall apart and I had to pick up the pieces of life and figure out what to do next.

Every year, I meet with people who were in my Stonecoast Master of Fine Arts program through the University of Southern Maine. A friend of mine from the program suggested I visit him for a little while, so that’s what I did. In 2019, I left everything behind and traveled to Washington DC, Vermont, New York City, Mississippi and landed where he lives in Mobile, Alabama.

I only intended to stay with him for a few months while I was grieving the loss of my prior life, but when the pandemic hit I sort of became trapped. The people in Alabama are nice, but I definitely felt like an alien being there. I missed being in Maine.

I also had a difficult upbringing. I’ve always been blowing around in the winds, moving from here to there. At one point, I ended up in a foster home and my grandmother and grandfather adopted me so I could still be raised by family. Unfortunately, my grandmother died in 2019, only two weeks before I was supposed to leave for Alabama and that was hard for me.

I have an uncle who lives in Los Angeles, California who reached out to me after her passing. He had introduced me to screenwriting years before, but I always felt Hollywood was doing a lot of sequels and reboots, making it difficult to get into the market of original screen writing. It was him who pitched the idea of writing a book together.

His idea was to write a bunch of coffee shop inspired story ideas and we decided on the genre of horror. That’s how our anthology, “Little Coffee Shop of Horrors” came to be. Before I left Maine, I was writing in coffee shops all the time, especially in Portland.

Growing up, I didn’t have a ton of toys because we were really poor, but I always had books and comics as a means to escape. I love to read, and I think that’s why I also love writing. To me, it’s like journaling. I like to utilize elements of my own experience when I create fiction.

Writing is a way to put my thoughts into words and get my feelings out there without being needy or bugging people. People can choose to read it or not read it. It’s also beneficial for mental health. In our society, people aren’t used to talking about things they are going through.

I feel like a lot of people have strict, crazy plans for themselves. They have these perfect ideas of what they want to do with their life and I’ve had those ideas too — but plans change, and that’s okay. I’ve learned that you don’t need to try and achieve every single thing that comes your way, but instead listen to your gut instinct and do what feels right. I think people have a hard time trusting themselves. I’m still learning to do the same.

A few weeks ago, I headed north over a period of a few days and traveled to South Carolina, Virginia, Gettysburg, Vermont, Albany and then Maine. I’ll be living in Vermont for the next year at least, and after that, who knows where I’ll go. All I know is that Maine has a very special place in my heart and will always be home to me. I know one day I’ll move back.

There will be a sequel to the book I worked on with my Uncle this fall, and I’m working on another separate anthology as well. I’ll probably never be a Stephen King unless I become a crazy best seller, but I’ll still write because it’s what I’m meant to do in this life.

I hope to further develop my skills and keep coming out with books. I hope to keep using writing and humor as a means to cope with the stresses life throws my way.  I’ve got all these impending stories, all these ideas I want to share with the world… so I better get writing.”