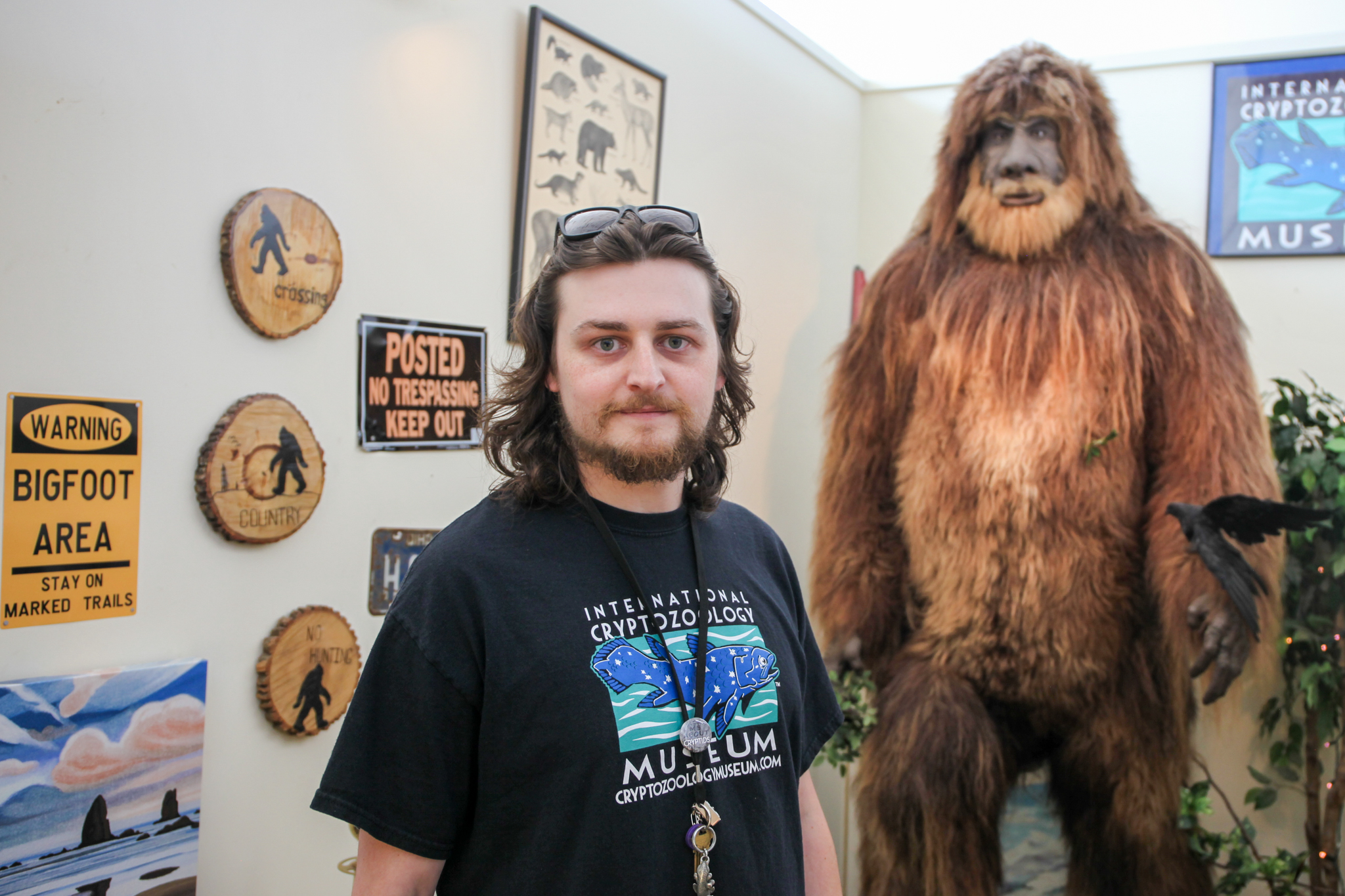 Cryptozoology is the study of unknown, undiscovered creatures. People come from all over the world to visit our museum in Portland, and oftentimes they’re looking for information on specific creatures, like Bigfoot or Mothman, although we have artifacts and displays about a variety of different cryptids.

My dad used to have all of these artifacts in the house, so I grew up around it. I didn’t think much of it for the longest time. I was aware we had taxidermy and casts in the house, but didn’t really understand it until I got older.

My father first opened the International Cryptozoology Museum in August of 2003 after purchasing an oversized house in Portland so he could fill the first floor with his artifacts collection. In 2009, the museum moved to Congress Street, and two years later, to larger quarters on Avon Street.

It certainly led to some interesting conversations when I was a kid. People who knew about his collection would come up to me out of nowhere and say, “Do you believe in Bigfoot?” I didn’t have an opinion one way or the other at the time.

When I went off to college, I drifted away from it, but ended up growing a deeper interest once I became passionate about nature and hiking. Those two things go together well for obvious reasons. When I’m outside, I have a quest and a goal: I’m always looking for signs that a creature we haven’t discovered may be lurking nearby.

We’ve been at this location on Thompson’s Point since 2016, where we have 15,000+ artifacts and welcome 20,000+ visitors each year. Items include plaster casts of bigfoot footprints, sculptures, stories of witness sightings and so on. Through pop culture exhibits, we also highlight the ways in which cryptids have manifested in our modern culture and beliefs.

I officially started working here in April as the Assistant Director and I’m very excited to embark on future initiatives and plans. I want our museum to be an entryway for young people to get interested in the arts and sciences.

The most important thing we can do for our community is be an asset of learning and engagement. There’s a lot of potential in using our location as a learning tool for children. The goal would be to get kids to care about nature.

We believe there is a sufficient amount of evidence out there that makes investigating unknown creatures worth it. Our oceans and seas in particular are so ripe with potential discovery — New species of fish are being found every day.

There is an awful lot of focus and interest on Sasquatch of course, because that’s what everyone knows about, but there is so much more to Cryptozoology than that. Our museum says a lot about humanity’s capacity for research and discovery. Seeking knowledge on the things we do not know much about is a good impulse to have.

Our museum also keeps the mysteries of our world alive and encourages people to familiarize themselves in the wilderness. If we get to a point where we think we have all the answers and truly believe we have it all figured out, we’ll have reached a dead end.

— Caleb Cone-Coleman, Assistant Director of the International Cryptozoology Museum in Portland, ME