Pilot Who Flies Banners Over OOB Talks On Aviation 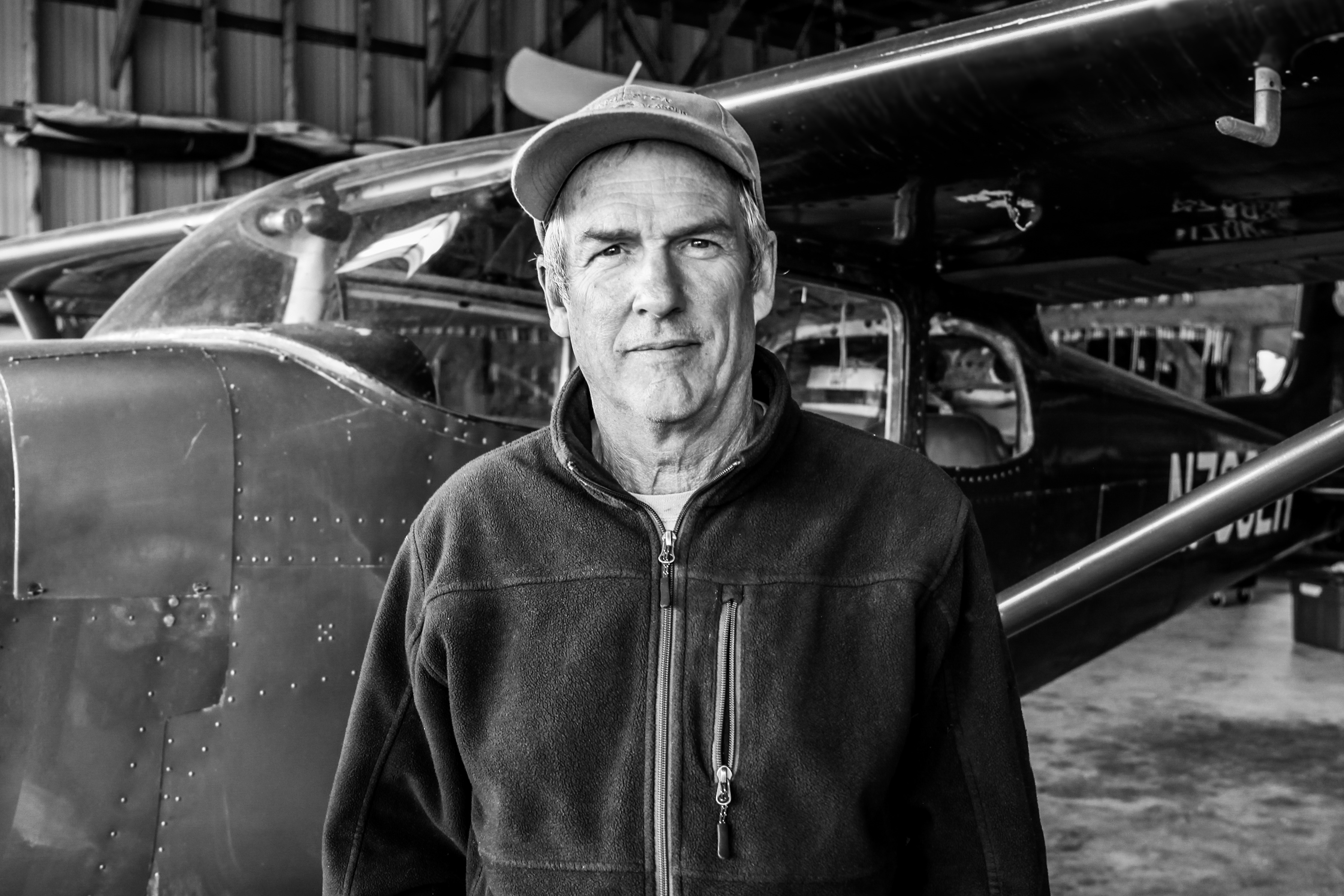 On a warm fall day in 1976, 15-year-old John Apte waited anxiously at his family’s airport in New Hampshire for a chance to take his first ever solo flight. After placing a slab of lead under his seat, John’s father gave him the go-ahead and he took off to the skies. At that moment, feeling more alive than he ever had before, he knew he had a future in aviation.

“My grandfather was an early aviator, and my father was too, so that certainly heightened my interest in flying as a child,” he said. “I was eager to fly, and they used the lead slab because I didn't weigh enough at the time. It’s standard protocol to do that, but it was still a memorable part of the experience for me.”

After spending years flying his plane for companies in New Jersey and Florida, John decided to start his own business. In 1995, “Screaming Eagle Aviation” began flying personalized banners over Old Orchard Beach in the summer.

“As kids, my family would visit this town a lot, and my timing in coming here to start a business was exceptional. The person who used to fly banners had quit a few years prior to my arrival,” he said. “In New Jersey, I gained some ground crew work. In Florida, I gave tours over the Everglades. Coming to Old Orchard Beach gave me the chance for me to start my own project.”

In the beginning, John marketed himself door-to-door, going to local restaurants and businesses in an effort to get the word out about his unique advertising service. For many years, he found it difficult to make a profit. But as time went on, things got easier.

“There were just a lot of years where I had to purchase letters to make banners, and that cost so much money. I remember thinking one day, after accumulating all the tools I needed, that I had actually made a profit. It was then that things began to feel worth my while.”

As a way to save money, John’s wife began making new letters by hand using her commercial sewing machine. Doing it this way, he said, is a good way to maintain quality control.

“She makes all these letters, which are available to be used for banners of all kinds. From business advertisements, to high school events, to birthday wishes and marriage messages, there are so many reasons people have wanted to utilize my business.”

Being a pilot, he explained, comes with its pros and cons. For the most part, flying fills him with a great sense of adventure, particularly during lift-off. Even though he passionately loves what he does, he said there’s always a sigh of relief that washes over him when he lands his plane after a flight.

“Sometimes it's miserable up there weather-wise, and it can get so bad you can’t even fly,” he said. “When I was young, I used to kind of push the envelope, like anyone else would. I’d fly in difficult wind conditions with minimal visibility. But once you’re there, you don’t want to do it again. It’s a big part of learning. As I’ve gotten older, I’ve grown to love the uneventful days. A boring day is the only kind of day I want up there.”

In 2020, John said his business was hit hard by the pandemic. Due to the high number of business closures, he lost a lot of his regular advertisers. When things began opening back up and restrictions loosened, the places that once contracted him had slashed their budgets and no longer needed his services.

“Last year I flew maybe 50 hours for the whole season, and usually I fly about 200,” he said. “COVID pretty much crippled my little business. Advertising on the beach is so effective, but restaurants haven’t had the need because business has been booming.”

Regardless, John said he tries to keep a positive attitude about the future. At the peak of the pandemic, he took on odd jobs to make some extra cash. He also began selling his aerial photography, and recently bought a house in Saco.

“The place we bought here is a fixer-upper, so that will take a lot of my time, but it’s exciting to have that as a project to work on,” he said. “Business will rise again one day. It will be interesting to see when that is. Until then, I’ll keep maintaining my planes and enjoying my time here.”