Saco Bay Variety Nominated for Heartbeat of Our Community Award 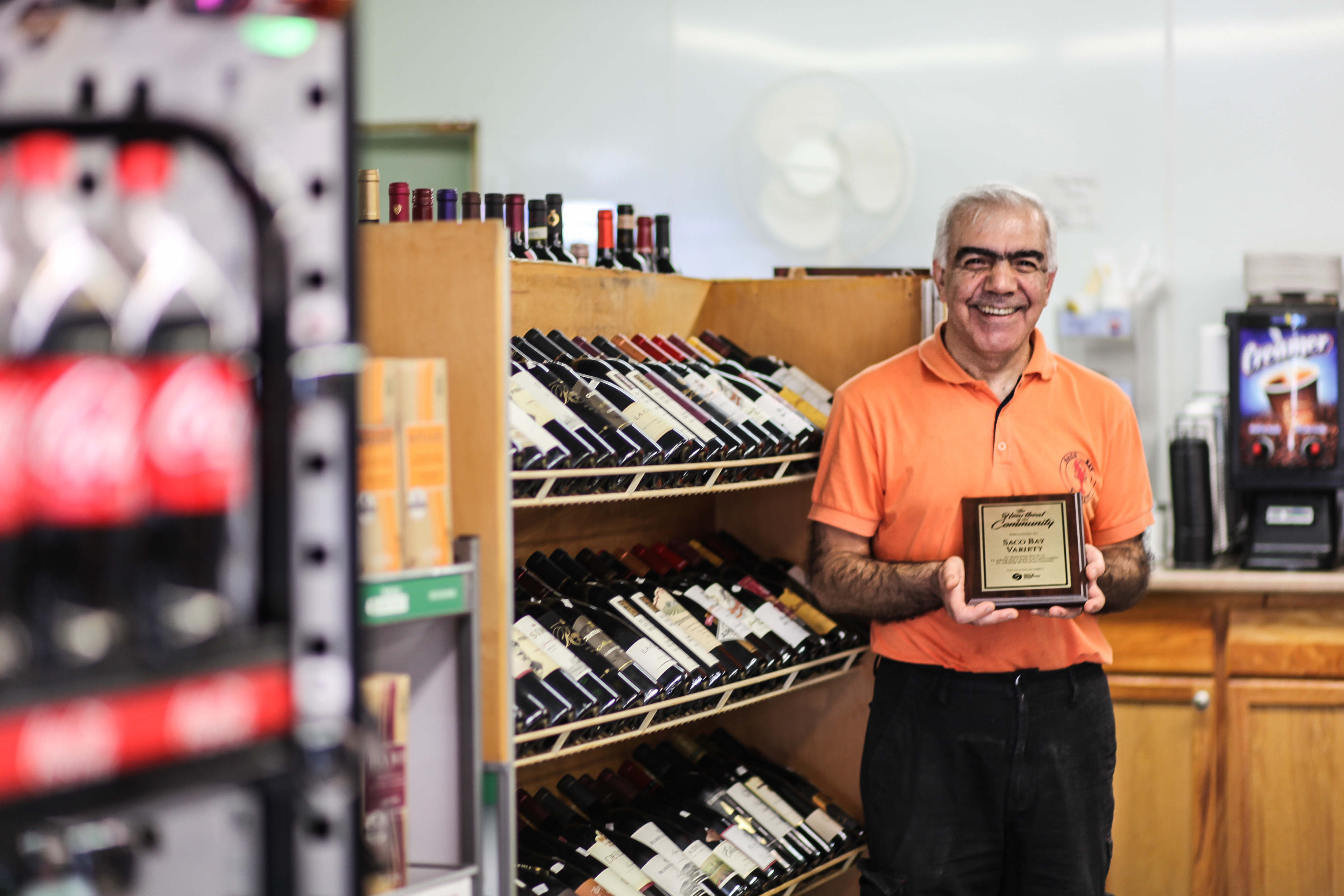 In 1978, at the mere age of 17-years-old, Sonny Cimenian travelled alone to the United States in search of a better life for himself. Without a dollar to his name and unable to speak English, he knew then he would have to work harder than ever before if he was going to succeed.

In the beginning, Sonny worked on a cruise line that regularly traveled between Maine and Canada. It was there he began reading English novels in an effort to learn the language. He also learned some Spanish, as many of the other employees on board spoke it. While he had only seen Maine from the vantagepoint of his cruise ship, Sonny knew in his teenage years that one day he wanted to retire there.

For many years, he resided in Massachusetts. There he ran a Cigar Lounge that, prior to Sonny’s purchase, was notorious for failure. Despite being a non-smoker and knowing little about cigars, Sonny was able to strip the business of it’s damaged notoriety and make it successful. By the time he sold it years later, the cigar shop was one of the top 10 in the state.

“Dedication is important, it’s how you build a business. You have to have a goal in mind, and when you treat people right, business will come,” he said. “My decision to come to America and to be a business owner, it didn’t scare me. It was just new. When you put your mind to something, and plan to succeed, all you can do is try.”

Feeling fulfilled by his business endeavors and ready to raise a family, Sonny moved to Maine to retire. He thought about opening a Cigar Lounge in Wells where he lives, but was worried it may fail due to seasonal tourism. When a real estate agent showed him an old rundown store located on Beach Street in Saco, Sonny didn’t have to think long before closing on the deal.

“I was told the location was no good and that businesses before me kept failing, and I just said, ‘It’s okay. I can do it.’ I had never done anything like this before in my life though. Even though I knew nothing, I knew I could make it work.”

While there was certainly a learning curve, Sonny said he’s the kind of person that doesn’t need to be told how to do something twice. He learned the in’s and outs of purchasing product, the technicalities behind wine and cigars, and after some experimentation and asking many people for advice, he crafted the food menu people know and love today.

While he has a great staff to help him keep operations running smoothly, Sonny still works 15 hours a day, 7 days a week, and has been doing just that for the past 16 years. While some would shake their head in disbelief, Sonny said the utmost dedication is vital to keeping a business alive.

“Being here, being present, it’s part of the community service. That’s how I made it work. You have to dedicate yourself entirely to what you do. I tell people, ‘48 hours a day, I’m here’ and we laugh. More people know me here in Saco than they do where I live in Wells. It was important people had a face and name they could associate with the store.”

While the pandemic made things difficult, Sonny said it didn’t damper his pride or drive. Considered an essential business, he was able to keep everything moving forward. Like he had many times before, Sonny faced the uncertainty about how the future would play out with open arms.

“This industry constantly faces challenges, and through the pandemic, we tried to help others and did the best we could,” he said. “When difficult things come your way, you just have to deal with it. The good, the bad, the busy, the slow. You have to face it and learn to control yourself. Mindset is everything, and this business is everything to me.”

Congratulations to Saco Bay Variety on being selected as one of the winners of the Heartbeat of Our Community award!