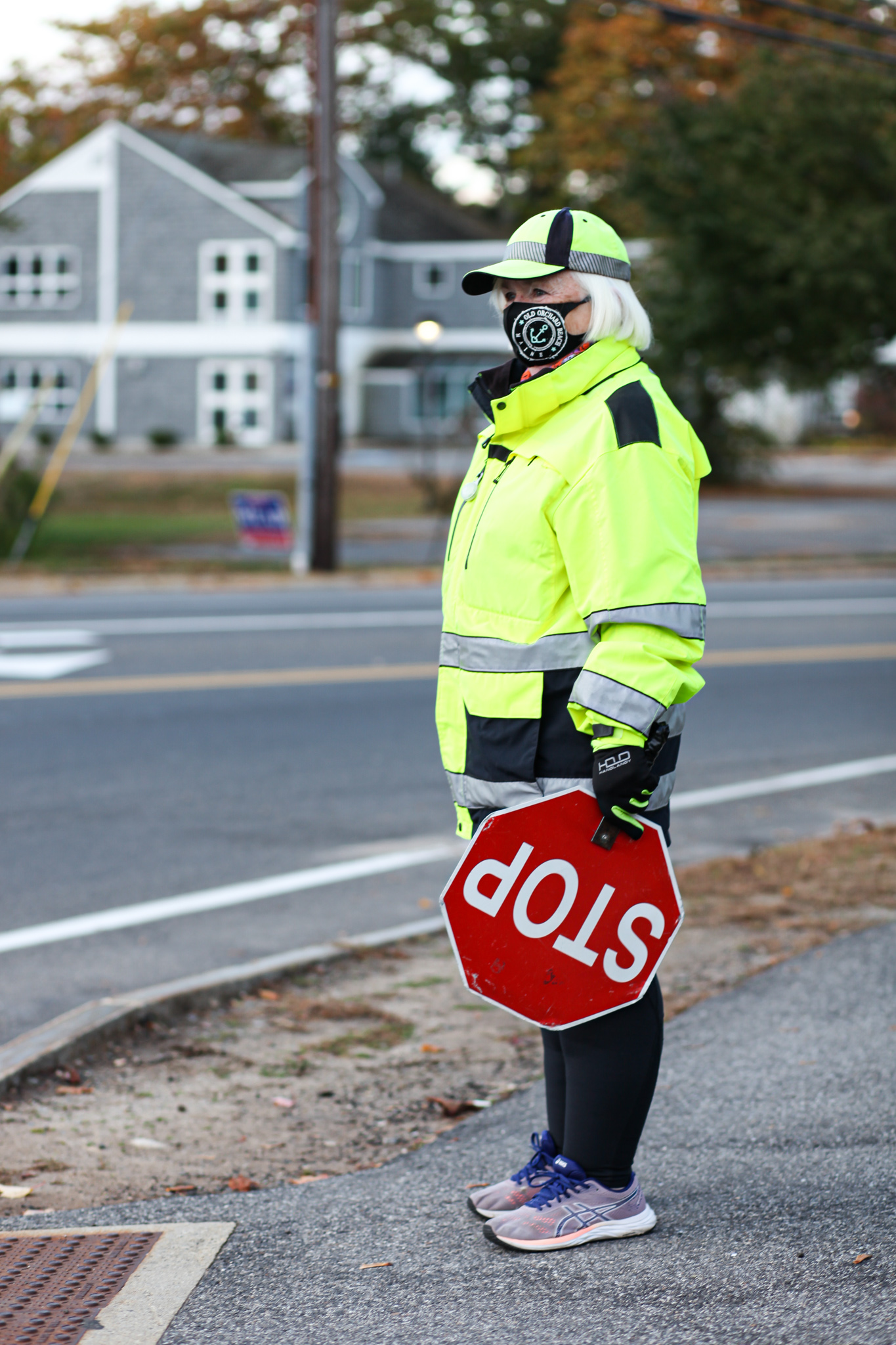 “My husband said I need a third arm,” 75-year-old Sally Frongillo laughed. “He said, I’ve never seen anything like it, everybody waves and hollers to you! And he’s right. People are so nice here. Everyone wants to say hello!”

Sally, who has been a crossing guard for the town of Old Orchard Beach for five years, spent 30 years prior working for the public school system in Methuen, Massachusetts. After retiring six years ago, she began feeling like something was missing from her life.

Having spent most of her career working closely with children, she desired to do similar work but on a smaller scale. That’s when she found a listing for the job.

Now, she spends her early morning and afternoons helping people cross at the intersection of Saco Avenue and Emerson Cummings Boulevard.

“It’s a great job. In the winter, people bring me hot chocolate and hand warmers and that’s such a nice gesture,” she said. “People here are so kind, and I just want to be kind and helpful in return. There’s not enough kindness in the world right now, and you never know what people are going through.”

Sally, who was diagnosed with ovarian cancer in 1996, believes those values became more important to her than ever before after being forced to reconcile with the possibility of dying.

“All I wanted to do was live. People worried about what they were having for supper, and I just wanted to live and see my son grow up,” she said. “I never thought I’d get through it. At the time, I was 50 years old.”

During her chemotherapy treatments, Sally was unable to work. She found it tough to juggle being a mother, wife, friend and educator during that time. Luckily, she stated, she had a wonderful husband and a lot of support from her family and the community.

“I got through it. I survived. I’m here,” she sighs, expressing an immense amount of gratitude for every morning she wakes up and every breath she takes. Being a crossing guard, she said, has been a rewarding and fun experience. Her favorite crossers are the youngest school-aged children, because she loves their energy, kindness, curiosity, and overall love for life.

“The high school students, too, they’re wonderful. Sometimes, they even go around the corner and wave to me, so I must have done something right.” She lets out a long sigh, then laughs, reminiscing on her own son's teenage years. “You know how kids are when they get to high school, they don’t want anything to do with you.”

Sally said if it wasn’t for the local police and Department of Public Works (DPW), her job wouldn’t be as great as it is now. Their continued efforts and kindness make her duties as a crossing guard easier on a daily basis.

“Captain Elise Chard and other police at the nearby station take care of me and check-in on me to see how I’m doing,” she said. “The DPW keeps my area salted and plowed, which allows me and the kids to get around safely.

Until she can’t any longer, Sally said she plans to continue showing up to do her job. Even on dreary days, when rain falls in buckets or the snow comes careening down at high speeds, she will wait, willingly, to ensure each student makes their trek to school safely. Even if it means staying longer than her shift requires.

“Kids like to saunter and sometimes they’re late, but that’s okay. I know almost every face, so if I don’t see them come through, I’ll sit in my hut a while and wait for them, just in case,” she smiles. “I treat these kids the way I would want my own child to be treated. I’m here to keep them safe.” 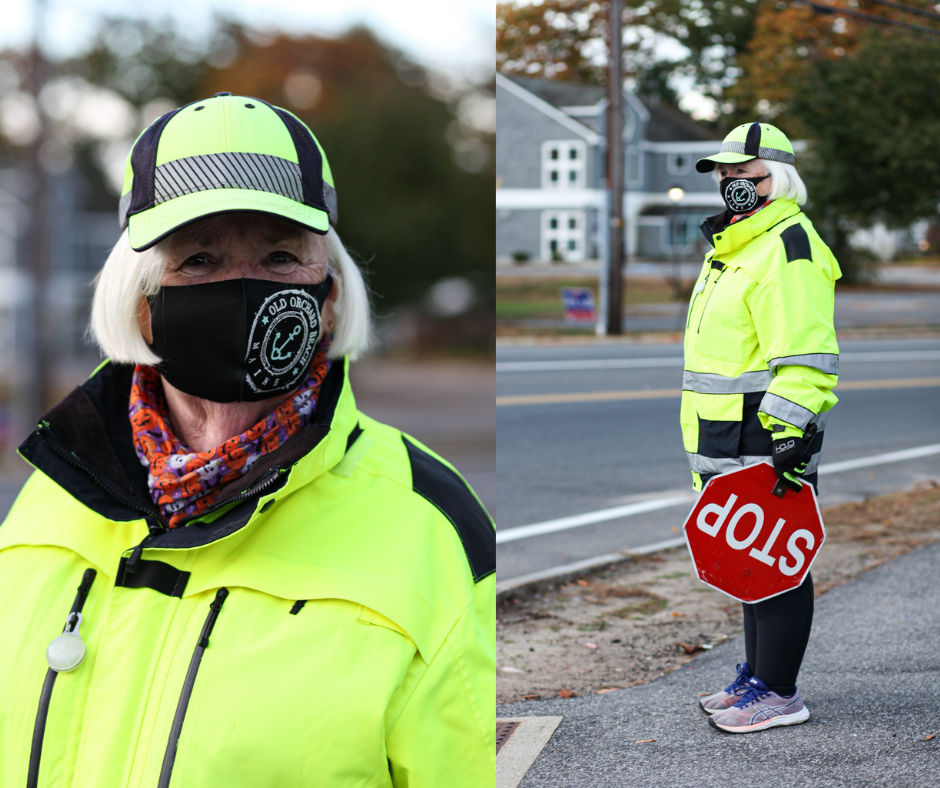