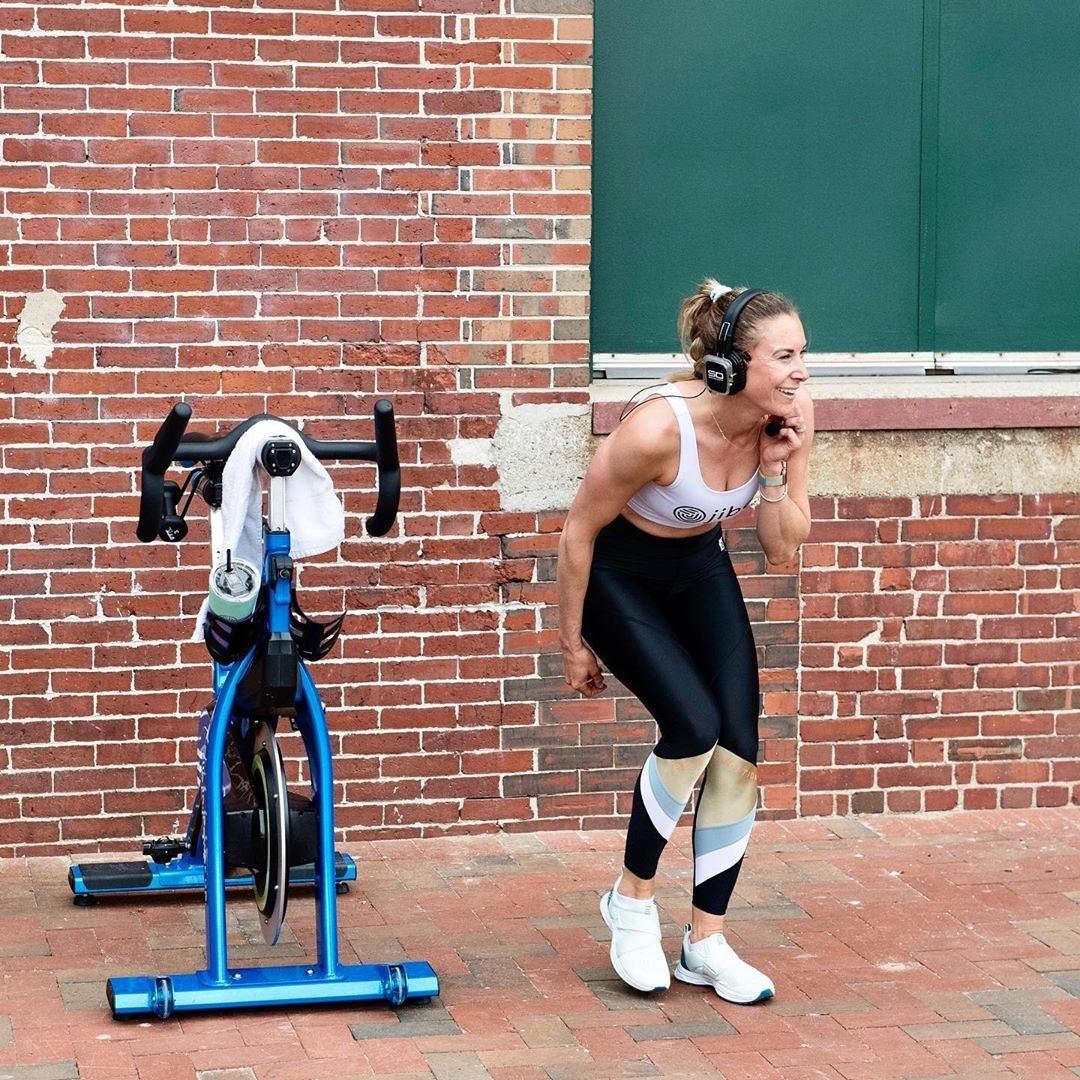 Businesses around the nation and the world have had no choice but to pivot. Guidelines and regulations have been large challenges for so many. Joanna Pease, owner of Jibe Cycle Studio in Portland, was scheduled to open her second location on March 23rd. Rather than making an announcement the studio would open, she reluctantly had to make the decision to postpone opening the new studio and close her Portland studio.

Joanna started her personal spin journey when she was working in corporate sales. Travelling for her job allowed for her to try spin studios across the country, and eventually she began teaching classes. She started teaching locally and loved it, which inspired her to open her own studio in 2018. The name Jibe derives from a sailing term: a jibe is a way for a sailboat to change direction. It is the most difficult and sometimes dangerous way you change direction with the wind, not against it. It requires control and skill. Just as Joanna proved her “jibe vibe” when she opened her studio, changing the direction of her business model despite it being difficult, authenticated her control and skill.

“Members have embraced every single pivot we’ve made,” Joanna said, “and we still have members who aren't ready to come back and that’s ok. In terms of moving online, no one had any idea how long they'd be locked down for, so our members were so thankful they had an opportunity to do something. The lockdown was such a drastic 180° from what they've known, the ability to work out, sweat, and the mental engagement with others was something people really needed.”

Eventually things will return to some sort of “normal-ish”, and Joanna is reminded that “this isn’t forever. Keep pushing.” Her goal is to keep adding classes, keep gaining members, continue offering Jibe at home (which has garnered nationwide clientele), and maintain the two studios. Her hope is to expand further in the future. To learn more about Jibe, click the tag above or visit https://www.jibecyclingstudio.com/