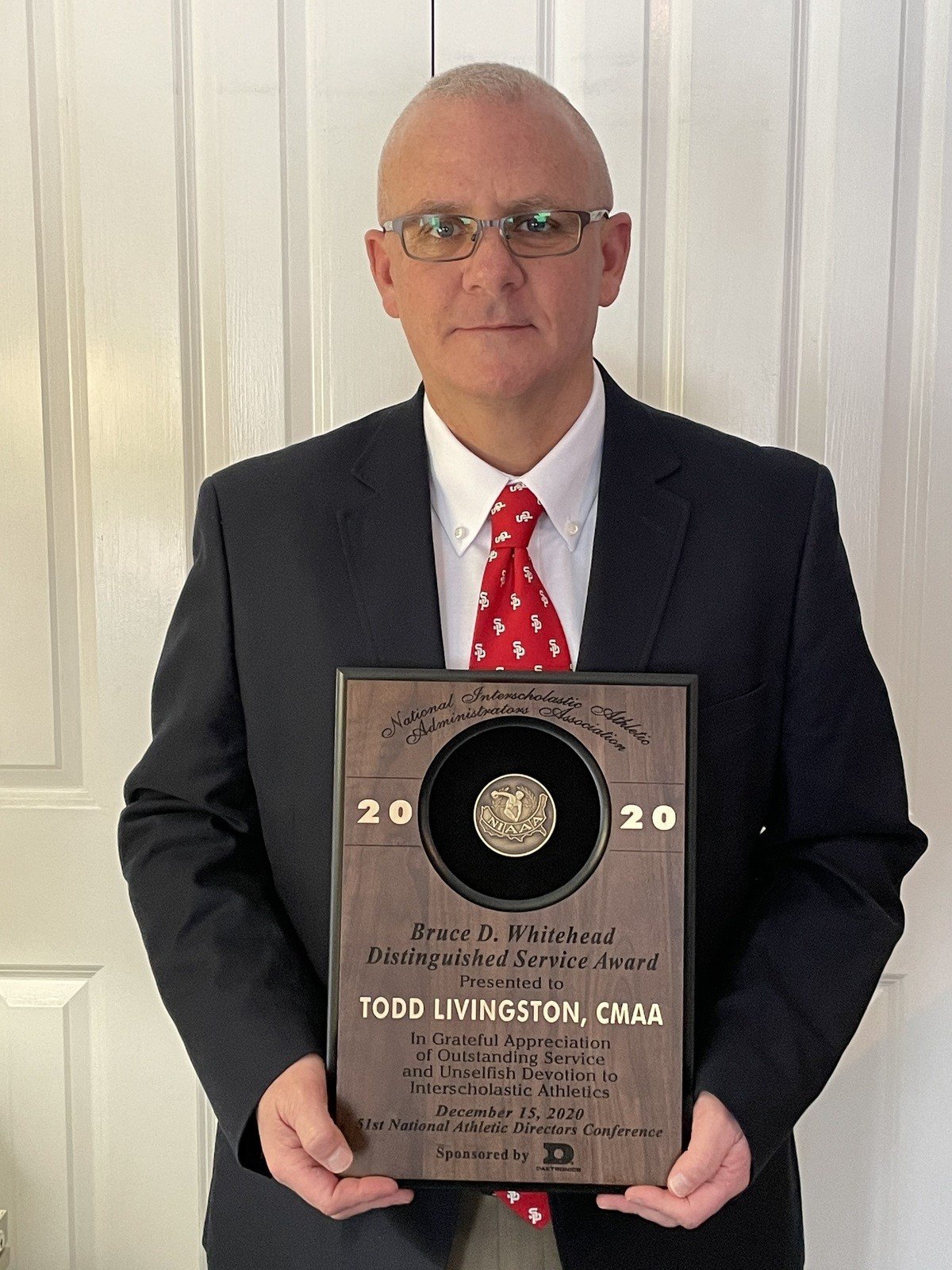 Not every father gets a chance to start his son off in his own footsteps, as Alan Ladd opined. However, South Portland High School Athletic Director, Todd Livingston is filled with pride to have done so.

Superseding his Dad at UMaine, Todd was able to play baseball for the team at 2nd base. Todd and his Dad are the only known father and son duo to have both played 2nd base and serve as captains at UMaine. Academically Todd struggled to find purpose in pursuing a business degree, and after receiving advice from his Dad, Todd switched majors to Health and Physical Education which he says, “was the best decision I ever made.”

Todd started his career at Greely High School as an Assistant to the Athletic Director, Jack Hardy. “Jack was, and still very much is, highly respected in athletics,” Todd remarked, “and early on he was always available as a resource. We’ve become good friends and I attribute much of my success to him.” Looking back over his career and his influencers, Todd also credits many colleagues and administrators who gave him ample opportunities to get involved, like joining the Board of Directors for the Maine Interscholastic Athletic Administrators Association.

Todd has had the opportunity to become involved with committees at the Maine Principals Association level for classification, technology, football and baseball. He also became involved at the National level, where he secured a position as the Assistant Director for Leadership Training and Certification with the MIAAA.

Todd’s dedicated service was recently recognized when he was awarded the Bruce Whitehead Distinguished Service Award. He said, “It was really special to be honored. I was reminded that I’ve been fortunate to have been raised by two parents who instilled values in me that allowed me to be successful. When I reflect on my career, and look back at influencers: coaches, teachers, administrators that believed in me and gave me a chance, I can’t help but feel gratitude for the opportunities they provided to help get me involved in athletics.”

Recently, high school athletic practices were given the green light to resume and Todd is thrilled for the hope that brings to the future of high school sports. “The most rewarding part of this career is being at a game and watching student athletes compete and the coaches coach. It’s incredible to see the immense pride they carry as athletes representing the school , community and their coaches.”