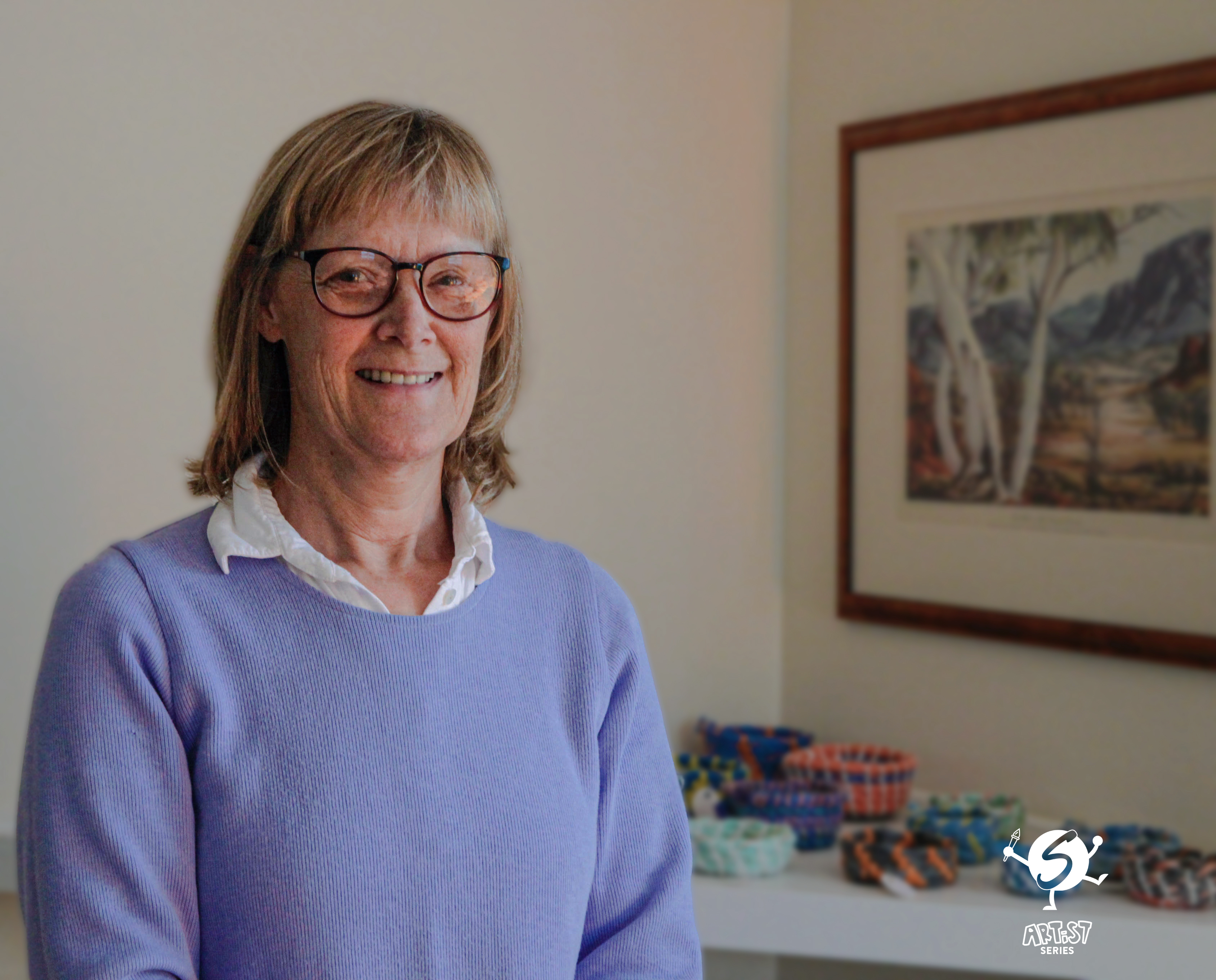 A couple of years ago I vowed to always take a bag and pick up litter whenever I went to the beach. I live in Ferry Village and the beach I frequent the most, Davidson's Beach, is in the harbor. A lot of ghost rope washes ashore there. Ghost rope is the term used for rope and netting from fishing and boating that has been discarded or lost overboard. It is left floating in our waterways, adding to the load of marine pollution and entangling marine life. It is estimated that ghost fishing gear kills hundreds of thousands of marine mammals, worldwide, every year.

I had seen examples of crafts made from ghost rope and thought I would give it a try. I have a bit of a background in arts and crafts so I tried some different weaving and sewing techniques until I found a method that worked. After I had made a few of these, I came up with the idea of trying to sell them to raise money, but more importantly awareness, about marine pollution in general and plastic pollution more particularly. Most of the trash I pick up is plastic and the problem with plastic is it doesn't degrade or "go away". Every piece of plastic that has been made will be with us for hundreds of years.

In making these ghost bowls I also discovered a lot about rope in general. Some of it is incredibly hard on the hands, some of it breaks down into soft and pliable strands. Most of it comes in lumps and curls that I decided to work with instead of straighten or fight. I let the rope guide me in what it wanted to do. Long ago I made a sweater that had an intricate pattern and when I was finished, I realized I had one stitch wrong and out of place. A good friend told me that in his religious beliefs you were supposed to do it that way because only God is perfect. These Seabaskets each have imperfections that I now think of as my “nod to God”.

As this project evolved, I hooked up with GoGo Refill, a store that's based around the idea of refilling containers instead of buying new ones, thereby reducing our plastic consumption and waste. Since opening in 2019, they have eliminated over 40,000 plastic packages and products from entering our landfills and our waste-stream.

This project has become what I call my "life's mission for this year". I am employed full-time in real estate but have been able to do this in my spare time because of COVID. While I've really enjoyed making them, it's very hard on the hands and I don't plan to make any more after this year. My goal is to sell these in two rounds; the first round will be sold in July to coincide with Plastic Free July. All of the proceeds will go to the Plastic Pollution Program at the Natural Resources Council of Maine. If people get excited about these, I can show others how to make them and maybe they can carry on this work.