Author Derek Volk Speaks About Raising Son on the Spectrum 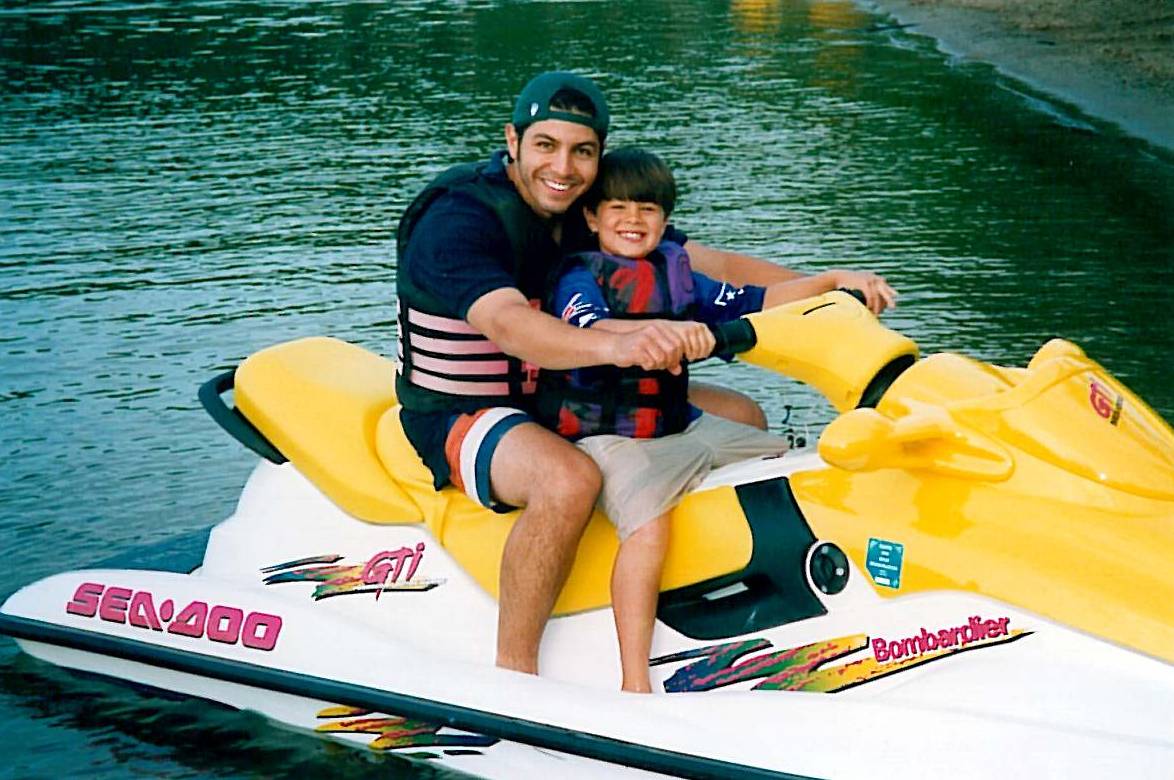 (1/2) “When my son was 2, I came home from work and my wife, Amy, looked at me and suggested that something wasn’t quite right with Dylan. He was our first child, so we didn’t have any sort of ‘blueprint’ for what behaviors were considered age-appropriate.

In 1993, we could have taken him anywhere in the world and not gotten a diagnosis because his disorder didn’t even exist until 1994. We spent several years working with various experts who diagnosed him with everything under the sun. It wasn’t until he was eight years old that he was diagnosed with High Functioning Autism, formally known as Asperger's syndrome.

This type of autism is characterized by difficulties with communication and socialization. It is also a developmental disorder on a social-emotional level. We were relieved to have an answer, but still concerned for the future. Later down the line, my wife Amy and I had three more kids — all girls — but we were always worried for Dylan.

He used to scare us because he did everything late. At 18 years old, for example, Dylan had the maturity level of about a 13 year old. It was hard to tell our kid he couldn’t do certain fun activities at an age it was normally allowed because he was developmentally delayed. It was challenging for sure.

In 2014, a friend of mine suggested I write a business book, so I would have more credibility with my customers. It made sense to me, but I didn’t know where to start. I was going to write about creating good corporate culture, but as I sat staring at a blank screen, I heard a voice that said I was supposed to tell Dylan’s story. So I began typing.

I didn’t hold anything back and wrote the whole thing off of memory. I had thought it would just end up as a thumb drive in my top drawer and that would be the end of it. I didn’t initially think Dylan would be okay with me telling his story, because I had included such raw, real detail. I figured once I showed my wife, she would also discourage publishing it, as she was a State Representative running for the State Senate at the time.

Still, I asked her to read it, and when she finished, she said I should go for it. Dylan was also receptive to the idea, and even became involved in the process, adding in what we call “Dylan’s Takes,” where he comments on things I talk about, and provides his recollection of the events, which are sometimes much different than mine.

I ended up titling it, “Chasing the Rabbit,” because I always used to describe Dylan as a Greyhound chasing a rabbit. The rabbit, metaphorically speaking, was this idea of normalcy, and Dylan was the dog chasing the rabbit. No matter how hard he ran, though, he couldn’t catch up to it. And I felt like that title captured my son's diagnosis well.

The book, which was self-published on Amazon, did extremely well. We went to over 100 speaking engagements around the country, until COVID shut everything down. I never expected that it would have such an impact on people. It has gotten great reviews, messages, and letters where people say the book helped them understand their loved one better, or changed their life.

During those presentations, Dylan would be there too. He is just such a Rockstar. He gets up on stage and he is just incredible, and I’m proud of him. I think it was really important for him to be there because for the first time in his life, I think he really felt like his life mattered and that he had a purpose.

So many people were interested in hearing what Dylan had to say. At speaking events, there would literally be lines outside and around the corner. People were taking selfies with him and that was special to see. He was so popular that we actually suggested he write his own book. So that’s what he did.

“Bad Choices Make Good Stories” is an inside look into what it’s like to be living with High Functioning Autism. Every now and then I still get little notes and letters in the mail from people who have read the book and that’s a pretty special legacy that Dylan will always have.

It was really important for him as well, because for the first time he really felt like his life mattered, that he had a purpose, and that’s probably what I miss most about the speaking events. Spending time with him, seeing him feel so valued. Today, Dylan is 30 years old and lives in Los Angeles, California.

No matter how difficult things have been over the years, Dylan made us better people. “Chasing the Rabbit” doesn’t always portray us in the best light. As parents, Amy and I didn’t always know what we were doing. But I’m so grateful for the support of my family, because without them, I wouldn’t be the man I am today.” — Derek Volk, President and CEO of Volk Packaging Corporation in Biddeford, ME