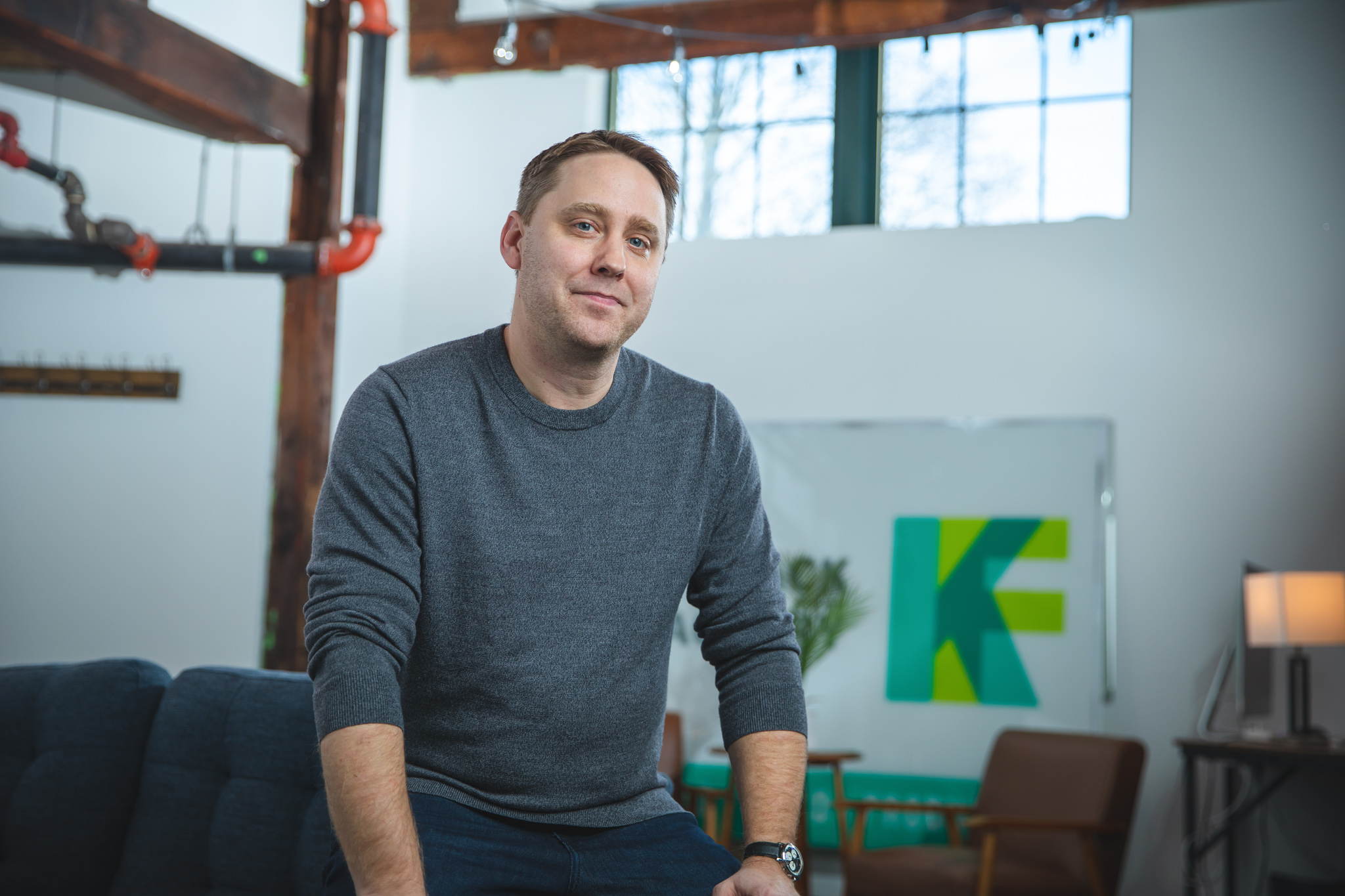 It all started while I was in college. On a whim, I took a video production class and just fell in love with the idea of doing that as a career. Back then, everything was still reel-to-reel, so I’ve seen a lot of changes in this industry.

I started working at a small production company in Bridgeport, Connecticut and later worked for ESPN and NBC Sports. I worked in different sports arenas with different athletes producing commercials, instructional videos, online series, and more.

In 2008, I started working at Octagon, an athlete representation firm in Portland, Maine. For 8 years, I worked in the Olympic and Action Sports Division where I gained valuable skills and experience. While I enjoyed working there, I wanted to be doing something more fulfilling and creative. Something on my own terms.

In 2011, I created “Food Coma TV” with a group of friends. The series centered around local food writer and personality Joe Ricchio. It had an “Anthony Bourdain meets Jackass” vibe. We spent a year traveling around Maine and checking out different food scenes throughout the state. The show gave me some great insight into working and traveling in Maine and how to produce a non-traditional video series.

Realizing we worked well together, the production team from that show began talking about the possibility of starting a company. The idea of turning a for-fun side hustle into full-time jobs appealed to all of us.

In 2012 we formed Knack Factory, and by 2016 we were getting enough work and clients where I was able to leave my primary job at Octagon.

If I hadn’t spent over 15 years learning different skills from various media jobs I had, Knack Factory wouldn’t have been possible. I didn’t appreciate it at the time, but looking back I’ve had some crazy career moments.

I filmed LeBron James and his entourage in a tiny, crowded room at the NBA All-Star game for ESPN, flew first class with Michael Phelps to Brazil, and filmed a Nintendo commercial with snowboarder Jamie Anderson as she played video games with life-size Mario and Sonic characters. Those moments helped me be a better human and content creator, and I’m so grateful for each and every experience.

What you’re trying to do at the end of the day is to create a solid product, where everyone contributes in a positive way. It took me a lot of years to figure this out and I still think I have a lot to learn. What matters is that you approach each challenge with intention and determination. Running a business is hard, but it’s worth it.

For folks interested in pursuing their own passions or businesses, my advice is to go in with a positive and passionate attitude. Bring people onboard to help craft your idea and bring your goals to life. Finding people who can talk honestly with you is integral. I feel extremely blessed to be able to work with my team everyday. And we could not do what we do if it wasn’t for our amazing employees and partners.

Are things going to come up that you didn’t foresee? Of course, that’s just part of life. COVID was a huge, unforeseen obstacle for us and so many other businesses too. It was a big blow and took a lot of adjustment to get back into a good space after those first few months. Every situation presents an opportunity to learn, to grow, and to recalibrate

At the end of the day, you have to be flexible and willing to work with others. Ultimately, you just have to be a decent human being to your employees, vendors, clients and yourself. That’s what makes a successful business in my opinion.