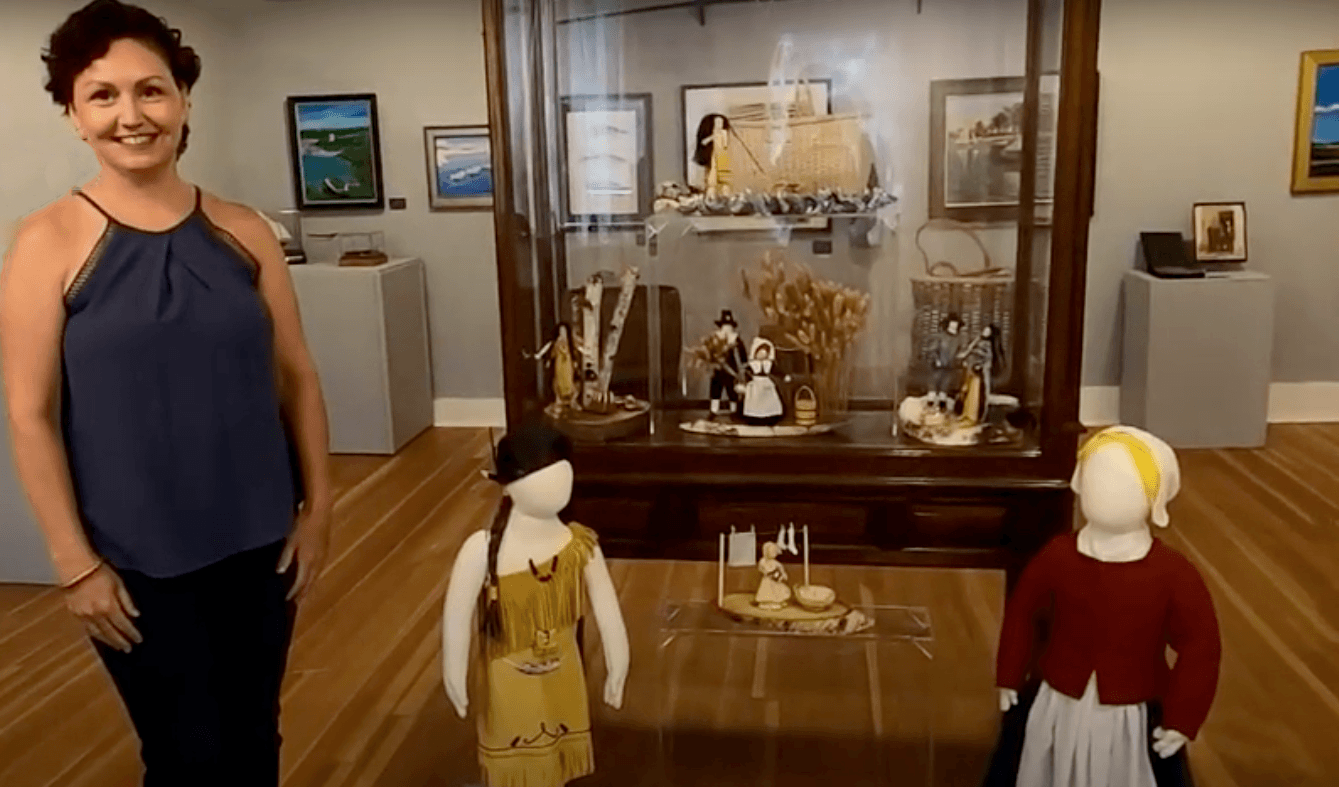 Paula found her passion for creating by accident. She described herself as a shy young woman, and to encourage her to become more “social,” her mother enrolled her in dance classes since she wouldn’t need to talk. Dancing turned into acting classes, and eventually evolved into touring with theatre companies. When Paula had trouble finding acting work, she’d work as a seamstress or costume designer. In doing so, Paula discovered she had a love for costume design and rather than working for others, she made her own costume design business, Paula in Stitches, in Los Angeles. She has since moved back to Maine, where she continues her business.

The Brick Store Museum discovered her talent and approached Paula to create a display for the museum's Bicentennial Exhibit. Her first inspiration for the display was the history of the Indigenous People, Almouchiquois, and English Settlers. Paula created a utopian storyline, which explored what it would be like if the children were in charge of what was to happen. Paula said, “I called my display ‘The Peacemakers,’ as children are naturally the peacemakers until they become negatively influenced. I created two children, one Indigenous and one English, in native, organic, traditional clothing.

In her display, Paula included 8 dioramas depicting what these children might be learning to do as adults: fishing, hunting, trading, making their own toys, hanging their laundry, painting and making pottery.

If you’d like to see the Bicentennial Exhibit, The Brick Store Museum is showcasing the displays through the first of the year, and is currently offering free admission!