Saco Scoop Nominated for Heartbeat of Our Community Award 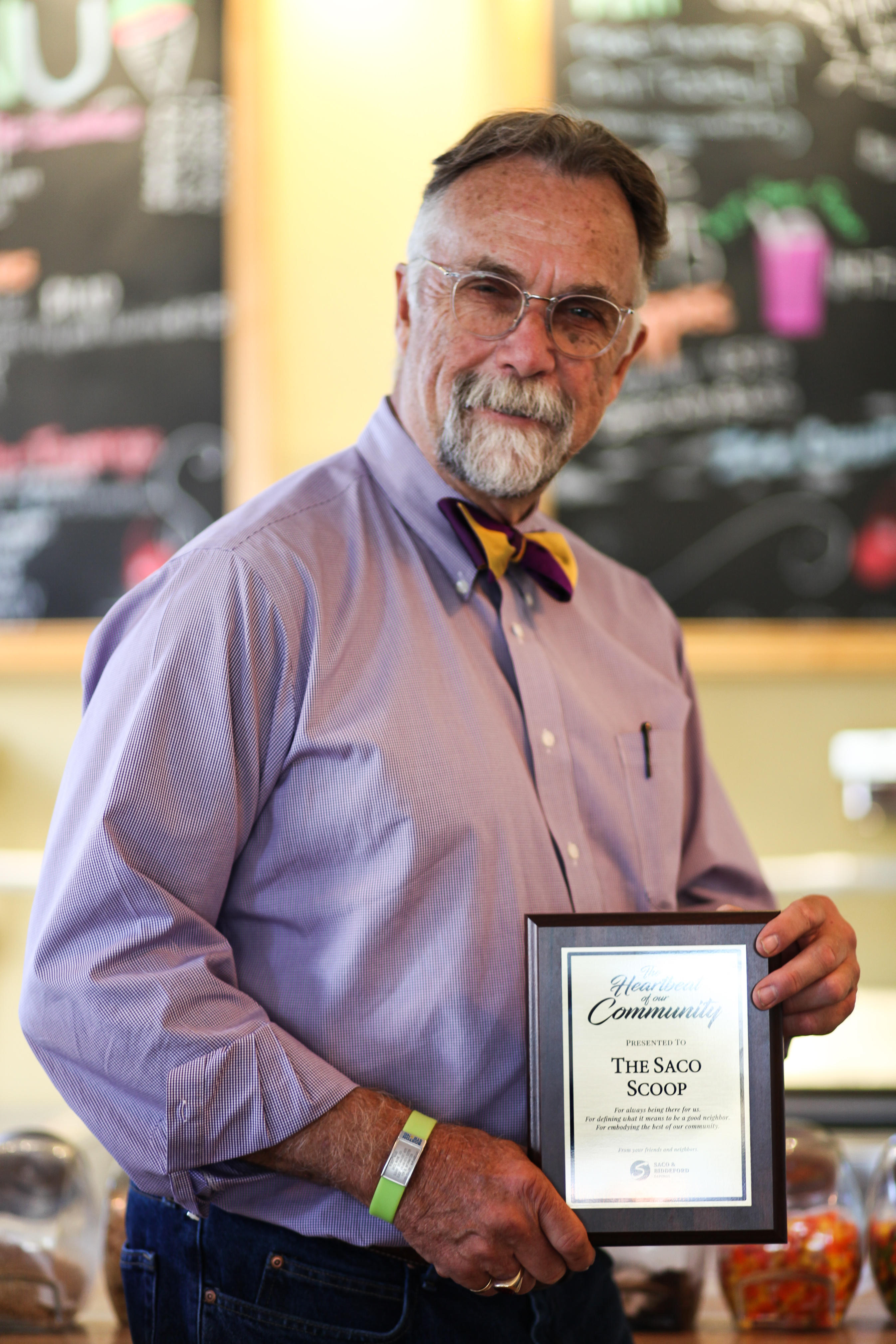 Almost an hour before it opened, two eager customers walked into Saco Scoop on Main Street hoping to get some ice cream. “Can we come in?” they said sadly, scanning the room and looking at Executive Director of Saco Main Street Robert Biggs.

Seeing the look of potential disappointment in their eyes, Rob stood up. “Not yet,” he said, smiling and turning on the lights. “But now you can.”

It didn’t matter at that moment, he said, that they were a bit early. Making customers happy has always been the business mantra.

Prior to being Saco Scoop, the location was occupied by Saco Bay Creamery, which served ice cream for four years before shutting down due to financial difficulties. When Rob became Executive Director of Saco Main Street, and the creamery shut down, he said they asked him personally to take their equipment and start an ice cream shop.

Saco Main Street, a group focused on downtown vitality, puts its efforts into organization, promotion and economic revitalization as a means to protect the city’s unique character. The group decided that continuing to serve ice cream at that location was the best move.

“I didn’t want to do it originally, but it's something we’d been talking about doing to create a spark downtown, because it wasn’t happening organically,” he said. “We opened here almost three and a half years ago, and it’s been a really great ride. I made the interior design feel like a palace I would have wanted to go to as a kid. It’s welcoming.”

Rob said Saco Scoop does as much as it can to support the community. Most of the products on display in the ice cream shop, he explained, were made by local crafters and artisans. Prior to COVID, they hosted many events for kids, including Saturday story time and princess parties.

The worldwide pandemic didn’t really put a damper on business, Rob said, because they were lucky enough to have an exterior wall. While most businesses in town shut their doors in early 2020 with uncertainty about a reopening date, Saco Scoop simply opened their biggest window.

“It made it so we could serve people without them ever having to come in, and we kind of became the only thing you could do here. Not many other places were open during the initial lockdown,” he said. “We grew about 50 percent that year over the year before, but a part of that is just consistency. We have longer hours than a lot of places around here, which helps.”

A recent noteworthy accomplishment, Rob pointed out, was that Saco Scoop had been awarded Best Project of the Year by the Maine Downtown Center, for community involvement and working with kids to teach them how to become successful, kind, communicative adults.

“This initiative is one of our most important,” he said. “A lot of teenagers end up working at Saco Scoop and it's their first job. It’s a place for them to learn how to strike up conversation, speak professionally to adults, and multitask. Their vitality is just as important to us.”

Congratulations to Saco Scoop on being selected as one of our winners for the Heartbeat of Our Community Award!