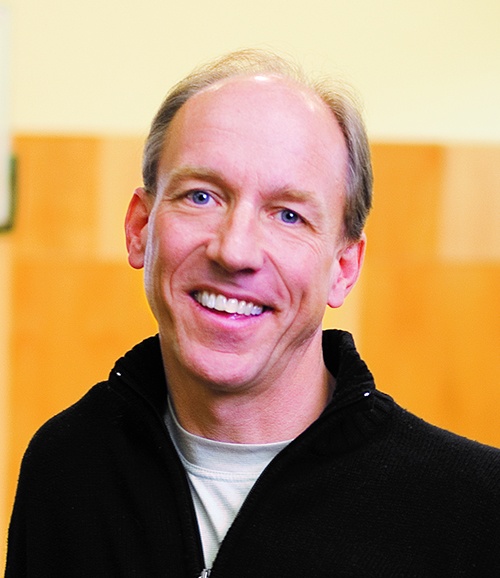 “Fear is rampant. The oversimplified statement is that we’ve been doing everything we can to keep it safe.” - Scott Gillespie, Saco Sport & Fitness

In an ever changing world, which sometimes seems like an alternate universe, businesses have been forced to close without certainty of when (or if) they’d ever reopen. Gyms and sports clubs were a few of the many businesses that were unsure if they could flip their business models to meet health and safety requirements.

Scott Gillespie is a forward thinking industry leader with a fiery passion. He took on the challenges at hand and sought out insight and information from health professionals. Understanding that managing people’s breathing was going to be the biggest challenge of all, Scott and his team tirelessly dedicated themselves to reinventing their business model for the health and safety of the staff and members at Saco Sport & Fitness. Scott said, “I am so thankful and grateful for the leadership team: Beth, Jenna, Melissa, and Jared who worked incredibly hard while we were closed to make sure that when we reopened, members and staff were safe. and more importantly, felt as safe as possible.”

Realizing the members would be mostly homebound while the club was closed, and without knowing for how long, Scott still wanted to embrace the power of community and immediately offered virtual classes. Scott did not charge membership dues while they were shut down and simply charged a drop-in class fee. Instructors taught on Zoom or Facebook Live and members got to meet each week virtually. When the club reopened, they continued to offer the virtual classes so members who were apprehensive about returning could still keep up with their fitness.

Instruction for in person classes at the club was made available with the following: reduced class sizes, enforced and maintained social distancing, replaced equipment, removed wall, sanitization stations, and mask requirements in public spaces when not exercising. Scott and his team sent out a survey to members and upon their feedback, established a member code of conduct so the Saco Sport Community could know, understand and respect one another in the space they love with new guidelines. While members may have visually noticed the tangible changes, the biggest change was made in response to regulating air quality.

During the three months they were closed, Scott spoke with an Infectious Disease doctor at Southern Maine Health about things they should do so they could reopen safely. The doctor suggested that stagnant air poses the biggest risk. Scott researched the current system's air return and made HVAC upgrades that included power exchangers that can turnover air 20 times an hour, eliminating existing air and replacing it with fresh air. He also installed RemeHalo Air Purifiers which were installed into the duct work. The purifiers add ionized particles to the air and attach to and kill disease or filter it out of the air and off of contact surfaces.

Scott and a team of industry leaders worked together to create a coalition through the State of Maine to work towards reopening the industry in a way that ensures safe programming and a healthy return for members. He said, “We've worked harder in the last 5 months than in the last 5 years. Interaction between members and the joy on their faces has been so heartwarming as they return and it kept the community alive. When we reopened, you could see people wanting to hug and restraining, big smiles under masks, a sense of relief that some sense of normalcy was returning. Seeing the support this community has for each other evokes and energy that’s infectious.”