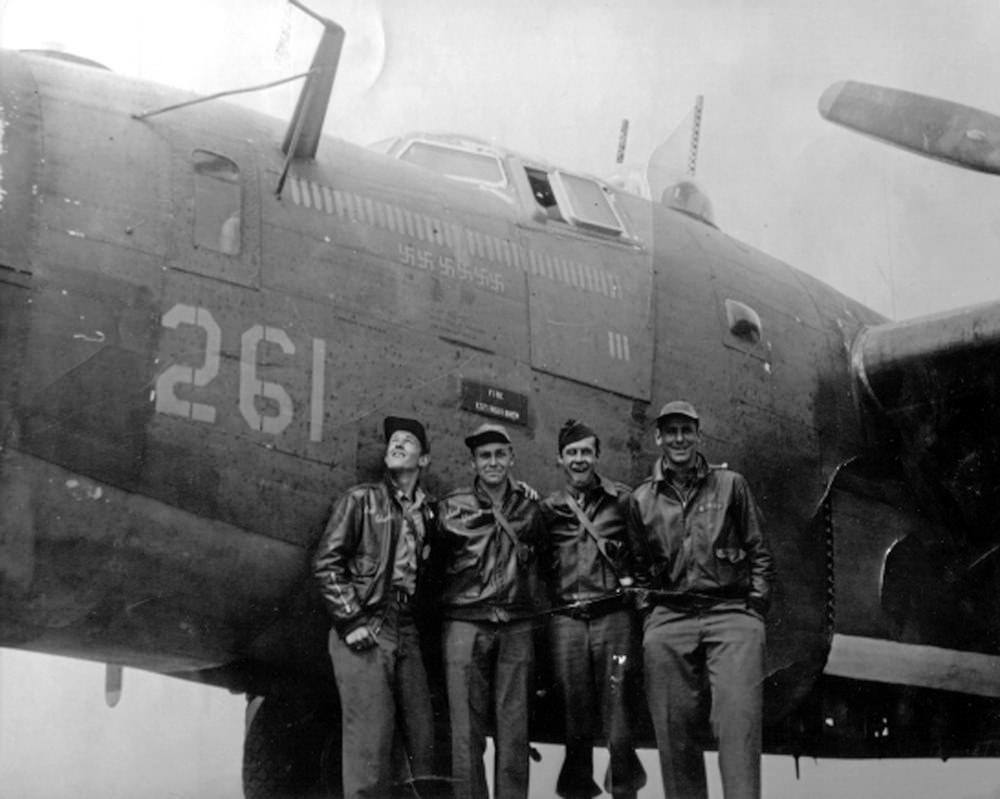 It all started with a haircut… George “Skip” McGahey was sitting in the barber chair at the age of 18 when a friend mentioned they should join the service. It didn’t take much convincing for Skip to hop out of the chair and take his apron off!

He’s been fascinated by planes, calling them “machines flying through the air” since he was a young boy and recalled the moment when inspiration struck; he had his head buried in a car when he heard the rumbling above. At that moment, he knew he wanted to be an airplane mechanic.

Skip completed 29 flight-bombing missions in WWII Europe from 1942-1945. His plane was called “Sweet Chariot”, an Army Air Corps B-24 Liberator Bomber. Following his release from service, the “Sweet Chariot” went on one final mission. The plane never returned home, as it was shot down. It now lives in the bottom of the ocean, and Skip is filled with remorse for the men lost, but also with gratitude for his fate.

At the spry age of 97, Skip still lives alone in the home he built, stick by stick, in Saco. His great-granddaughter, Sammey, is very fond of the time she spends with her great grandfather. She said “he always tells me the same stories. He still has tons of pictures - even the one he carried in his pocket as identification with his name on the back - boots with a bullet in them, his war uniform and countless stories he can recall from memory. I love that he still gets up every day to put his jeans and shirt on.”

Awarded the Air Medal with Three Oak Leaf Clusters and the Distinguished Flying Cross, Skip was invited to the Honorary flight to D.C. last year. His granddaughter, Wendy, said “He is pretty independent, so he was angry because he was encouraged to be in a wheelchair the whole time. Aside from that, he was kind of nervous, but also very excited.” Skip was also recently awarded with a quilt of honor and he said, “I didn't realize how much people cared, and how much what I did meant.”

Sammey got to thinking about Skip’s birthday this year. It’s been such a tough time for most, and when the thought of not being able to see anyone for his birthday crossed Sammey’s mind, she jumped into action to do something special for him. As Skip will turn 98 this year, Sammey is asking people to send cards for his birthday. They can be sent to Skip at:


Thank you, Skip, for your dedicated service to our country!